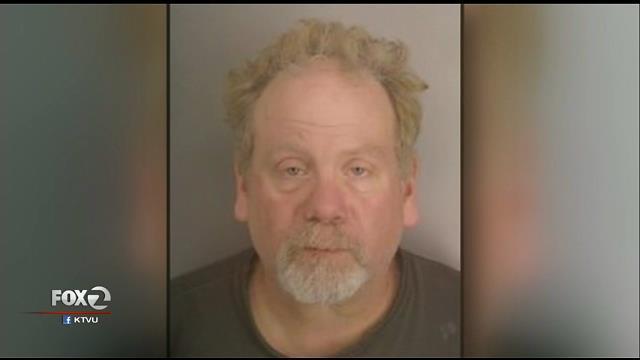 A retired Hercules police officer who was convicted of attempting to murder his estranged wife in a drive-by shooting was sentenced to 28 years in prison.

John Goodner was convicted earlier this year of attempted murder, assault with a firearm, shooting into an inhabited dwelling, criminal threats and stalking, reported KTVU Fox2.

Goodner was facing a maximum of 30 years and a minimum of 25. Before issuing the sentence, Judge John W. Kennedy denied a defense motion for a new trial.

“I am pleased because this sentence re-enforces the position that no one is above the law,” prosecutor Chris Sansoe said after the verdict.

Goodner had been harassing and stalking his wife, even using a homemade tracking device on her car, for months when she decided to get a restraining order.

She said his response to the restraining order was telling her, “I’ll kill you first.”

Just a few days later, Goodner drove by in a pickup and fired several shots into the wall of her bedroom as she slept.

Fortunately, the incident was captured on video and Police arrived at Goodner’s home shortly after he did, and noticed the hood of his truck was warm. He refused to come out but surrendered after a brief standoff.

Dirk Manoukian, Goodner’s attorney, claims he believes Goodner never intended to kill her, despite the death threats, stalking, and shooting at her while she slept, so he intends to appeal the conviction.

“While a lot of his conduct was inexcusable, I do not believe the evidence supported that he ever had an intent to kill or harm her,” Manoukian said. “That’s the part that’s most troubling; I think when you take the emotion out of it, I think when you take the fact that he’s a former police officer out of it and look at it objectively, I do not believe the evidence supports the conclusion that the only possible intent he had was to kill.”

Sure, maybe he only wanted to terrify and seriously injure her.

Sansoe pointed out Goodner was a trained shot and said as a former officer, he knew what he was doing was a serious crime.

“The jury heard that one of those bullets went through the bedroom window and within inches of the victim as she slept,” Sansoe said. “The evidence showed that he had extensive training with firearms.”

Melania Trump Covers Her Hair At The Vatican, But Not In Saudi Arabia Or...