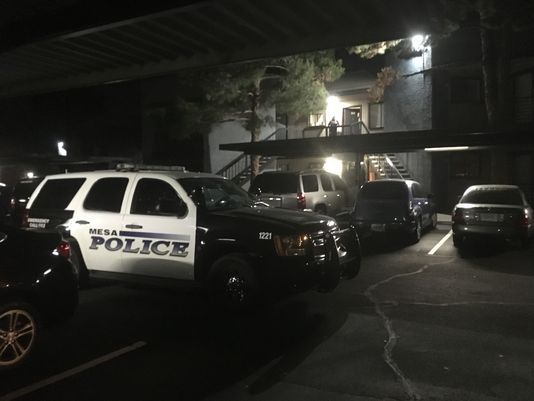 A 34-year old woman was shot dead by Mesa police Saturday night after they responded to a call of an allegedly suicidal woman, according to a police spokesman.

Detective Steve Berry said the woman, Sabrina Ann Garcia, ran from officers when they arrived and tried to talk to her at an apartment near Extension Road and U.S. 60, reported AZ Central.

Officers chased Garcia and reportedly noticed she was holding a handgun. She did not obey the officers’ orders to drop her gun, so the officers fired bean bag rounds at Garcia to try to disarm her, but they failed, according to police.

As we hear so many times when cops kill people, police feared for their lives from the woman just before killing her.

After being shot with beanbags by the officers, Garcia then allegedly turned towards the cops that just attacked her.

The act of turning towards them was terrifying to the cops, “causing them to feel threatened,” Berry said

The officers then fired their duty weapons, fatally striking Garcia.

Mesa fire officials treated Garcia and took her to a hospital, where she was pronounced dead, according to police.