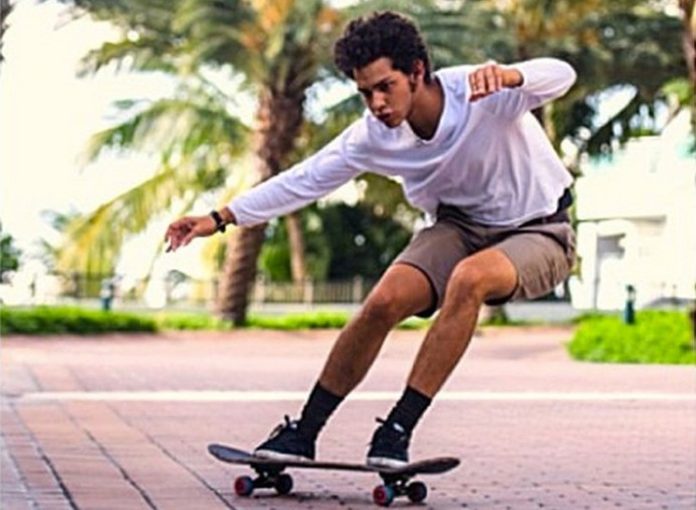 The City of Miami Beach has finally settled a wrongful death lawsuit brought by the family of Israel Hernandez-Llach, the 18-year-old street artist who was killed by police on Aug. 6, 2013.

He was shot in the chest with a Taser by a cop for spraying more graffiti on an already graffiti-covered wall, reported The Miami New Times.

When police arrived and found him tagging the building, he ran, so they chased him, and that’s when an officer Tased him in the chest and ended the teenager’s life.

The city finally agreed to pay for what the officer did, but only $100,000 for the wrongful death. And the officers will not be held accountable for needlessly killing him.

Hernandez-Llach’s parents and sister sued the city, alleging Miami Beach cops used “wrongful, unnecessary and unreasonable force” to detain the young man and then failed to provide him with proper medical care when he showed signs of distress.

According to court affidavits releasing the city and the police officers involved in the incident from any claims, Miami Beach officials expressly deny liability, but agreed to pay $100,000 to Hernandez-Llach’s father, Israel Hernandez Bandera, his mother Jacqueline Luz Llach and his sister Offir Hernandez Llach. Florida Bulldog obtained the affidavits, signed by the three surviving relatives on Aug. 3, last week through a public records request.

“The City of Miami Beach made the decision to resolve this lawsuit,” said deputy city attorney Aleksandr Boksner. “We believed this to be the best course of action in this matter.” Under Florida’s sovereign immunity law, governmental agencies are only required to pay up to $200,000 to the families of individuals injured or killed by municipal negligence.

Hernandez Bandera, who divorced Llach in 2009, said that he, his ex-wife and their daughter decided to settle to avoid the high cost of a trial.

“We made the decision to turn the page,” Hernandez Bandera said. “But we have not given up our fight to expose the truth about what happened to my son.”

“While he was lying on the ground, injured and in need of emergency medical treatment, the officers were seen celebrating, including ‘high-fiving’ one another,” the complaint says. Mercado denied the accusation in a sworn statement he gave as part of internal affairs and criminal probe of Hernandez-Llach’s death.

In 2014, the Miami-Dade Medical Examiner’s Office released its findings that Hernandez-Llach died from “sudden cardiac arrest” caused by the Taser’s electric discharge. The medical examiner ruled the death accidental.

Since that ruling, the legal team representing Hernandez-Llach’s family has been collecting evidence and taking officers’ depositions to build a strong case against the city, including street surveillance video footage that shows Mercado and another officer chasing the street artist with their guns drawn. Hernandez Bandera said there was no reason justifying police pulling out their firearms on a kid tagging a building.

Now that the lawsuit is settled, Hernandez Bandera said the family will be releasing video, along with depositions by Mercado and other officers, that contradict sworn statements they provided to homicide investigators, in addition to other proof showing police are covering up the truth.

“Little by little, we will be revealing the truth,” he said. “We will continue fighting for Israel so that another family doesn’t have to go through what we have been through.”

Cop Beats Mother and Pounds Her Face Into Table in Front of Her 8-Yr-Old...

Welcome Aboard, But First US Marshals Will Scan Your Retina – Anti Media News