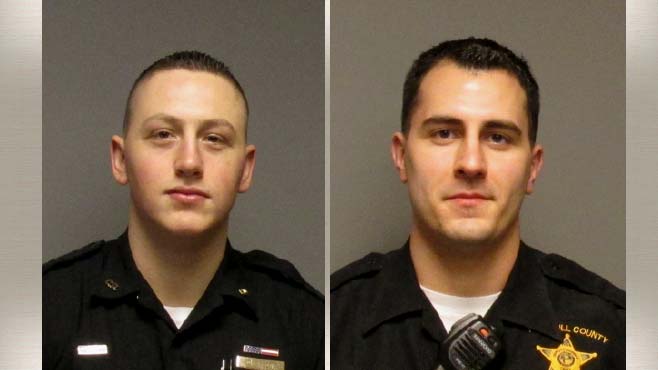 The recently released video of the August incident also led to the discipline of six other employees, reported WKBN27.

The video shows Corrections Officer Matthew Abbott yank inmate Solomon Cindea by his ankle shackles and then drag him across the floor.

In another angle, Abbott can be seen pulling Cindea from the bench in booking and then dragging him through the hallway and onto the elevator.

Cindea is then carried through the pod and placed in a cell, where Sheriff Paul Monroe accused Corrections Officer Christopher Zadroski of punching the inmate.

Monroe wrote in a disciplinary letter that Zadrosko admitted to doing it,but not initially.

What happened in the cell is not clear in the video.

Officers claim Cindea was being dragged because he was suicidal, which doesn’t make sense.

You can watch the video below:

Trump Watched a Video of ‘Moderate’ Rebels Behead a Child Before Stopping CIA from...