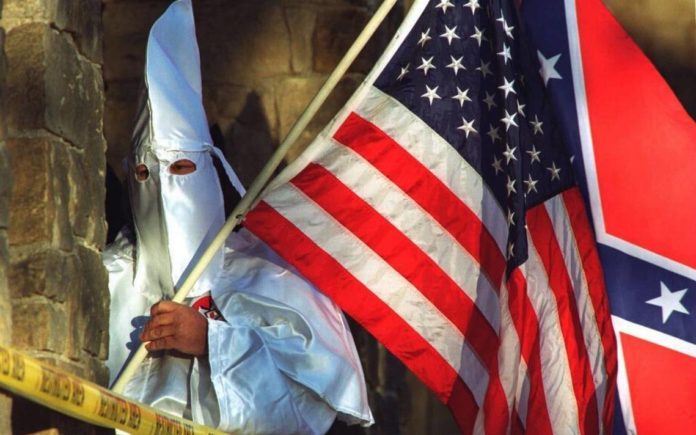 The Ku Klux Klan targeted a high school football game for recruiting over the weekend in North Carolina, putting fliers on vehicles at the Friday night game at Gray’s Creek High School.

A leader of the Loyal White Knights of the Ku Klux Klan confirmed that someone from the hate group put fliers on the vehicles, reported the Fayetteville Observer.

The fliers referenced the removal of Confederate flags and monuments, alleging the issue was an attack on the white race and America.

The Gray’s Creek High School principal called the distribution of the fliers a violation of school policy.

“We are aware of the unapproved distribution of material on the campus of Gray’s Creek High School Friday night (10/6) during the football game which is currently being investigated,” said Principal Lisa Stewart in a statement.

The policy which the school is citing forbids the distribution of material that contains “personal attacks or abusive language such as language defaming a person’s character, race, religion, ethnic origin, gender, family status, or disability.”

Someone emailed to say KKK fliers were left on a number of cars during Grays Creek High football game. @mvendituoli looking into it. #racism pic.twitter.com/G70dPfE898

Some social media commenters pointed out that the same notes were delivered just last week to nearby homes.

Fukushima Radiation Is Still So Bad It Crippled Two Robots That Went Near It...