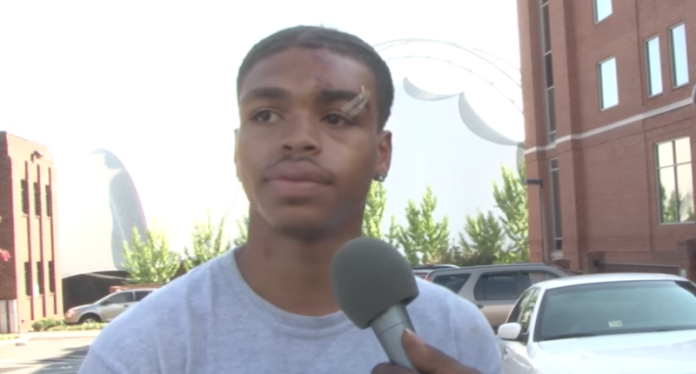 The criminal case is already falling apart against DeAndre Harris, who was beaten at a white supremacist rally. Just 1 day after police in Charlottesville, Virginia issued an “unlawful wounding” warrant for the victim, a video has surfaced showing his accuser being attacked by another white person, not Harris.

Prominent white nationalist Harold Ray Crews was one of six white men who beat DeAndre Harris, who was treated for a spinal injury and received 10 staples for a head wound. Crews convinced a magistrate to issue a warrant charging the victim with the same offense as those that brutally beat him, reported Raw Story.

S. Lee Merritt, an attorney representing Harris, released new video of Crews being injured by a fellow white man. Merrit told The Washington Post, the charge was organized by the League of the South, a white superiority group that participated in organizing the rally.

This white supremacist was injured by other white men & blamed it on #DeAndreHarris … luckily there is video capturing the whole thing. pic.twitter.com/PFtwdS0J4k