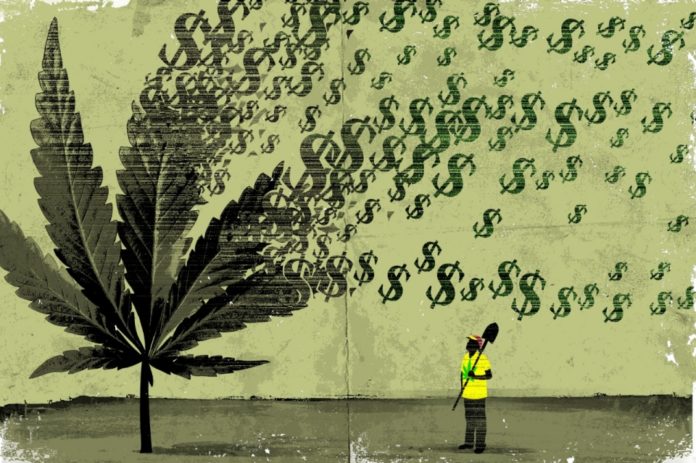 “Colorado’s marijuana retailers logged upward of $1.02 billion in collective medical and recreational sales through August, according to The Cannabist’s extrapolations of state tax data released Wednesday. Year-to-date sales are up 21 percent from the first eight months of 2016, when recreational and medical marijuana sales totaled $846.5 million.

This year’s cumulative sales equate to more than $162 million in taxes and fees for Colorado coffers.”

Legalization of recreational cannabis also had a positive impact on property values in Denver, according to new research from the Wisconsin School of Business at the University of Wisconsin–Madison.

“This suggests that in addition to the sales and business taxes generated from the retail marijuana industry, municipalities may experience an increase in property taxes. It’s an important piece of the puzzle as more and more voters and policy-makers look for evidence about the effects of legalizing recreational marijuana, as the issue is taken up by state legislatures across the country.”

Recreational cannabis is one of the fastest-growing sectors of the economy, according to information released last year by New Frontier, beating out both electric vehicles and Big Data. While the federal government refuses to acknowledge the existence of legal cannabis jobs, an important study by Leafly found Colorado’s marijuana industry had created 23,407 full-time jobs as of January 2017.

Colorado currently boasts the nation’s lowest unemployment rate, maintaining a record low of 2.3 percent, a number matched by only four other states in recent history.

CDC: 40 % of US Cancer Linked To Excess Weight