Home General Interest Survey: Most Americans No Longer Believe You Need God To Be Good 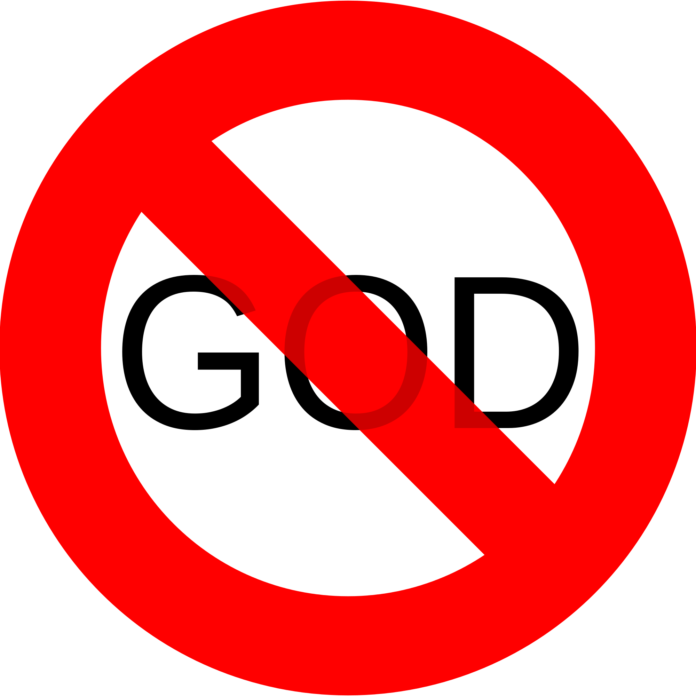 Trump and his current administration want you to believe that in order to “Make America Great Again”, the God of Christians and Christian values must be at the forefront of how the nation is governed.

Trump said himself at the Value Voters Summit (aka yearly gathering of the far-right, hate groups and white supremacists) he plans to stop cold the “attacks on Judeo-Christian values”, erasing the fact that individuals of all faiths other than Christianity are the ones truly under attack. In addition to his outlandish remark- to prove that Trump is truly out of touch when it comes to what this county needs or wants, according to research, the majority of America does not agree with his sentiments.

As the Pew Research Center has found- “more Americans than ever before believe that you don’t need to believe in God to be moral and have good values.” Trump is simply pandering to his voter base of rich white Christian elite, and he is not in line with what the rest of the country wants or believes- (but does that really come to a surprise to anyone)?

In 2011, only 49% of Americans believed you could be good without God. That number has since risen to 56%. More than half. That’s not insignificant.

And while you’d expect the number to rise as we witness the growth of the “Nones,” these numbers also reflect the changing opinions of religious people who are having a harder time maintaining the lie that religion is what makes somebody moral.

In fact, says Pew, with one (very slight and statistically meaningless) exception, every single religious demographic is more likely today to say you don’t need God to be good than they did six years ago. 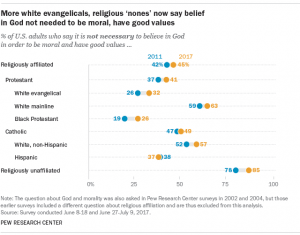 Anyway, this is all good news for atheists trying to make headway into breaking that God/good connection in people’s minds. I think a large part of that change can be attributed to non-religious people coming out as such, making it harder for people who know them personally to equate godlessness with evil. All the more reason to keep pushing for atheists to identify themselves publicly whenever possible.

Where do you stand on the matter? Do you believe that it is possible to be good, and enjoin in good- yet not believe in a God? What changes can we expect as a nation if the research is correct and the country inches it’s way to being God-Free?

US Intelligence Officials Warning Foreign Intel Agencies Not To Share Info With Trump –...

Ex-Gang Member From Chicago Exposes The Government, Says They Are Dropping Hundreds Of Guns...