Home Feminism White House States All the Women Who Accused Trump of Harassment Are... 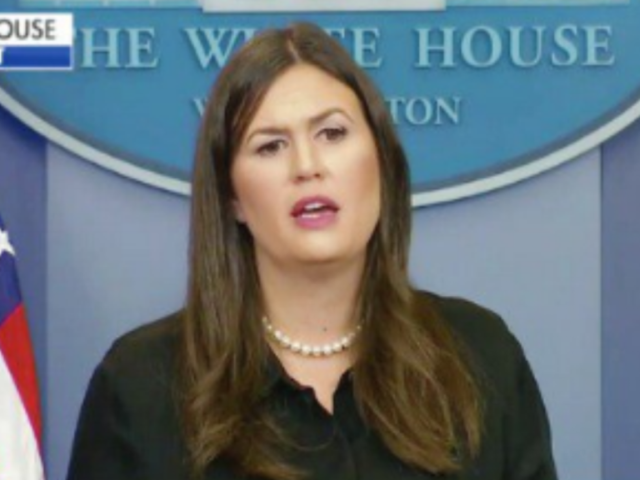 The ongoing revelation of sexual harassment scandals that have exposed allegations of assault at the hands of men which included an “aging ex-president and Hollywood auteur” has the pubic wondering- who’s next?

As #metoo trended on all social media platforms, women and victims of sexual assault once silenced by the stigma that comes along with being a survivor of assault, realised that their voices could be heard and that they deserved to be believed.

As more victim accounts came to light, it revealed  the “misogynistic behavior of powerful men”, which, unsurprisingly included the current President. True to form, the President denies any wrong doing- effectively calling all his alleged victims liars.

As reported by Slate:

There’s been an elephant in the White House’s Press Briefing Room. On Friday, a CBS reporter asked press secretary Sarah Huckabee Sanders about the numerous accusations of sexual misconduct leveled at President Trump, and Sanders speedily and unequivocally dismissed all of the claims as lies.

But let the record show that White House’s official position is that all of the women making allegations of harassment against the man who said he could “grab them by the pussy. You can do anything.” can be summarily dismissed as liars.

What are your thoughts on the issue at hand? Women who are sexually assaulted already have a hard enough time getting justice, let alone being belived. What kind of message does it send to victims of sexual assault, that our President who is a self proclaimed sexual predator is to belived over an above the women claiming he assaulted them? Let us know what you think- and leave a comment down below.

Las Vegas Sheriff: Terrorist Stephen Paddock ‘had to have help’ With Shooting Spree

Cops Trying To Kill A Dog, Kill Innocent Boy Who Tried To Save It...

Cop Scared of His Own Shadow, Holds Innocent Couple at Gunpoint for 10 Minutes...