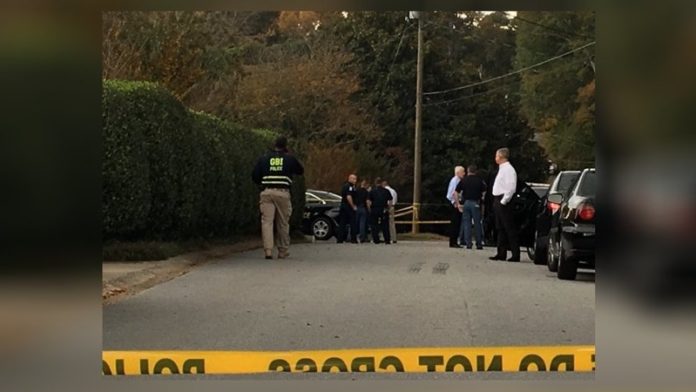 In another case of officers being called to help someone in need, they showed up and killed the one they were supposed to be helping. This time, a 32-year-old suicidal woman was killed by police and her 3-year-old daughter has been removed from the Cobb County home and given to nearby family members.

Officers responded to a 911 call about a woman making suicidal threats around 12:30 p.m. Tuesday at a home on Robin Hood Place, reported AJC.

Sgt. Dana Pierce, spokesman for Cobb Police, said the officers spoke to a woman at the front door, but she allegedly left and came back with a handgun.

As we always see when police kill people they are supposed to be helping, the victim “made a move” that police say justifies taking life.

“She did make a very distinctive overt action towards them with that weapon, and that’s why they felt as though they were at risk of serious bodily injury or death, and that’s why (they) fired on her,” Pierce claimed.

Pierce said 4 officers were on the scene, and 3 were involved with shooting the woman. He said they gave her first aid and she was transported to a local hospital, where she died.

Pierce said it is still early in the investigation, but he does not believe the woman fired on the officers. He said the department had received similar 911 calls to this residence and the responding officers were aware of that history.

Pierce said the GBI will be taking the lead in the investigation, as procedure dictates in officer-involved shootings. The 3 officers involved in the killing are on paid administrative leave during the investigation.

Chester Bennington Was About To Expose The Truth Behind Chris Cornell’s Death – Anti...