Home News Water Is Not A Human Right: Nestlé 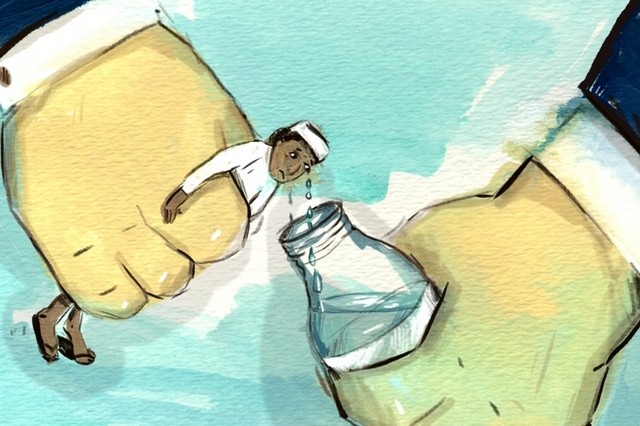 In the 2005 documentary We Feed the World, then CEO of Nestlé Peter Brabeck-Letmathe made an astonishing claim that there is nothing to worry about with GMO foods, that profits matter above all else, that people should work more, and that human beings do not have a right to water.

“The one opinion, which I think is extreme, is represented by the NGOs, who bang on about declaring water a public right. That means as a human being you should have a right to water. That’s an extreme solution,” he had stated.

Nestle quickly clarified that “Brabeck had argued that everyone should have free access to the water they need for drinking and sanitation. However, he did not believe it is fair that some people use excess amounts of this precious and increasingly scarce resource for non-essential purposes, without bearing a cost for its infrastructure.

In 2013, he told The Guardian, “This human right is the five litres of water we need for our daily hydration and the 25 litres we need for minimum hygiene. This amount of water is the primary responsibility of every government to make available to every citizen of this world, but this amount of water accounts for 1.5% of the total water which is for all human usage.

“Where I have an issue is that the 98.5% of the water we are using, which is for everything else, is not a human right and because we treat it as one, we are using it in an irresponsible manner, although it is the most precious resource we have. Why? Because we don’t want to give any value to this water. And we know very well that if something doesn’t have a value, it’s human behaviour that we use it in an irresponsible manner.”

Nestlé, the company who conveniently divides the right to water between 1.5% and 98.5% to justify putting a price to it, has done nothing for more than one billion people worldwide who have no access to drinking water. It, instead, has a proven track record of exploiting labor, destroying the environment, engaging in human rights violations, and of course of making big profits. Consider this:

When Brabeck and Nestlé promote “water sustainability”, what they are really promoting is the sustainability of Nestlé’s access to and control over water resources. Tell Nestlé to start treating water like a public right, not a source for private profits!