Home News Blacks became Democrats the Day the KKK & Dixiecrats moved to the... 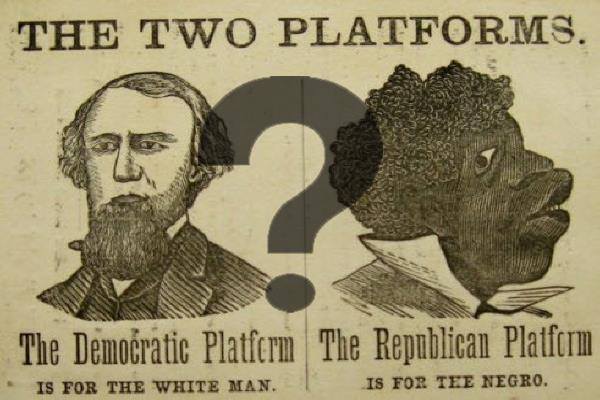 From the end of the Civil War to about the early 20th century, African Americans considered themselves Republicans, which is not surprising being Abraham Lincoln was a Republican.  However, over time and usually dozens at once, they started to switch to the Democratic Party.

While African Americans were switching political lines, whites who believed in segregation and white supremacy were also switching political lines, from Democrat to Republican. One such group that strongly believed in white supremacy was the Ku Klux Klan (KKK) who were strong Democrats after the end of the Civil War and towards the early 20th century.

In fact, it is believed that Democrats started the KKK.  At first the Democratic party supported segregation and the KKK targeted Republicans, most of them being African Americans.

Over time, several Democrats started feeling that their political party was becoming a bit soft with segregation.  The shift started to change when the Democratic Party began to allow African Americans to join their party as an official capacity in 1924.

However, one of the biggest shifts occurred in 1932 when Franklin D. Roosevelt was elected President of the United States of America, when he got about 71% of  black vote for his 1936 election.  However, African Americans were still hesitant to consider themselves Democrat, even though they voted for a Democratic president.[1]

1948 was a big year for the switch between Republicans and Democrats.  The Dixiecrat, or more formally known as States’ Rights Democratic Party formed and dissolved in 1948 by several Democrats who believed the democratic party became weak towards segregation.  Dixiecrats wanted to preserve segregation and opposed federal intervention in the interest of supporting civil rights. In fact, the slogan for the Dixiecrat Party was “Segregation Forever!”[2]

The next giant leap of political switching between the Democrats and Republicans was during the terms of John F. Kennedy and Lyndon B. Johnson in the 1960’s.  Both of these presidents were Democrats and both supported Civil Rights. 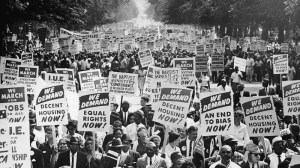 The biggest event that caused the switch during the 1960’s was the landmark Civil Rights act of 1964.  This act ended segregation in public places, banned employment discrimination on the basis of race and color, and became one of the major Civil Rights Movement achievements.  This law also helped pave the way for other Civil Rights acts, such as the voting rights act of 1965 and the Fair Housing Act of 1968, which outlawed discrimination in sale, rental, and financing property.[3]  Since the Democratic Party supported and legalized these acts, the Republican Party has not seen more than about 15% of African American voters during elections.[4]

While the Civil Rights Acts were milestones for the African American communities, the Ku Klux Klan also started to strengthen their support, and switched from the Democratic Party to the Republican Party in order to join those who did not support civil rights.  The KKK had been in the shadows for about 20 years until the Civil Rights Movement took off, when they became more noticeable.

The KKK began to show more support for the Republican Party not only because of  Democratic support for civil rights but also because President Lyndon B. Johnson publicly condemned the Klan during a speech in 1965 and announced that four Klansmen had been arrested for the murder of a white female civil rights worker in Alabama.[5]