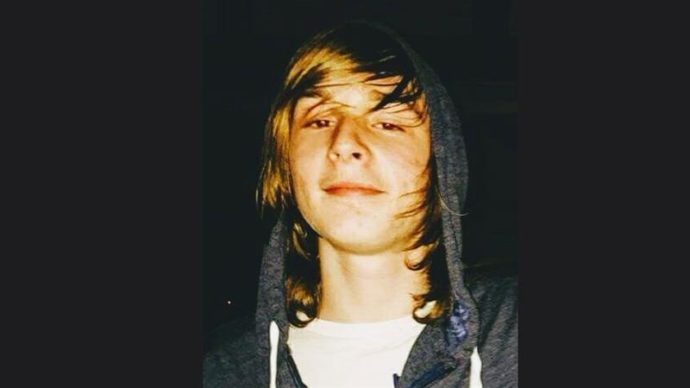 Richard Scarborough, an Ohio deputy, fatally shot 16-year-old Joseph Haynes when a fight broke out between the teenager, his family and Scarborough after Haynes attended a hearing involving a firearms charge against him at the Franklin County court in Columbus on January 17.

Haynes’ grandmother, Geraldine Haynes, said the fight broke out after Scarborough started pushing Haynes’ mother against the wall. When Haynes intervened, grabbed and knocked Scarborough to the ground, Scarborough drew his gun and shot Haynes in the abdomen. He was pronounced dead at the hospital less than an hour after the shooting.

Though investigators claim Scarborough was knocked to the ground and was “under attack,” Geraldine disputes that account. She admitted her grandson knocked the deputy to the ground, but argued he could have used a non-lethal weapon like a Taser on Haynes, who was unarmed during the incident. Geraldine told FOX28 Columbus:

“There was no reason why that cop would have been terrified of Joey. Joey went over, grabbed him by his shoulders and the guy slung him around and slung Joey to the ground. And then he got on top of Joey. And then Joey’s hands were up in the air like that and the cop with his hand down by his side and the gun went off. He pulled the trigger on my grandson.”

Haynes’ attorney, Jennifer Brisco, who witnessed the horrific killing, claims the fight broke out because the officer who fired the weapon threatened to arrest her client.

“Joseph was a little out of sorts because of how things went at the hearing. The officer threatened to lock him up and a scuffle broke out. Joseph was resisting, and that’s when there was a scuffle.”

Scarborough has been placed on administrative leave while the investigation continues. But Keith Ferrell, executive vice president of Fraternal Order of Police Capital City Lodge No. 9, defends him:

“This was a fight for his life at some point. Even people who are unarmed can take an officer’s weapon during an altercation and use it against him. During Wednesday’s fight someone reached for the deputy’s service weapon, stun gun or both.

“That is not acceptable. We will not tolerate it. And it’s not going to happen. We will not allow, as officers in this city, for things to escalate to the point where multiple people are hurt or injured.”

Cases of police officers using excessive force against civilians is on the rise in the U.S. According to Washington Post’s Fatal Force database, 987 civilians were shot and killed by the country’s police in 2017.

According to The Guardian’s The Counted database, 1,091 Americans were killed by cops in 2016. Minority communities, especially African-Americans, are much more likely to be shot by police than their white peers.