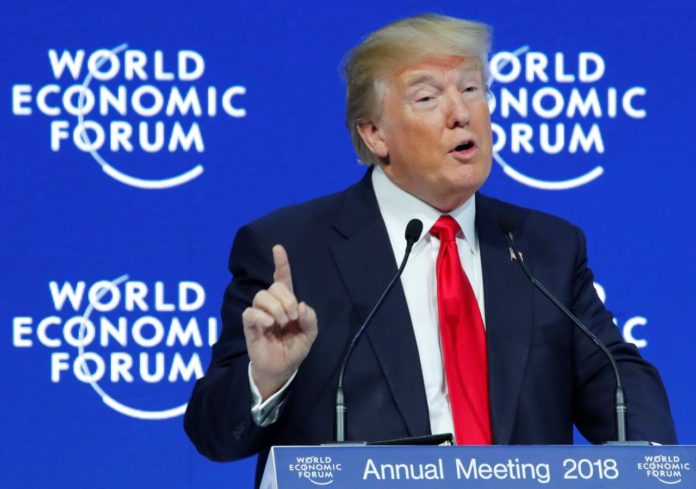 As if to highlight the American government’s real position on world peace, and Trump’s true position on Russia, just as peace talks between North and South Koreas are reaching their zenith (peace talks that occurred just as the North developed a ballistic missile that can deliver a nuclear payload to the US, and the promise of Mutually Assured Destruction- a coincidence, surely) it seems Trump is getting ready to ask for a sharp increase for the 2019 US defense budget.

“That’s a huge deal,” said a defense analyst with the Center for Strategic and International Studies (CSIS), Mark Cancian, “It’s a big jump in defense and means that the Trump administration is putting resources against an extremely aggressive defense strategy.” (An aggressive defense strategy is a contradiction that only makes sense in the land of the free, it seems.)

Concerns over the budget deficit and taxes are never an issue whenever it comes to military spending increases for some reason. In 2015, the US defense budget stood at $598.5 billion; the budget Trump had proposed for this year, 2018, was $668 billion. Trump apparently wants it to be at $716 billion (or 7% higher) next year.

Although his plans are ambitious, they are nowhere near what the Pentagon and Congress had in mind – late last year Congress passed a bipartisan (they only ever seem to agree on defense spending) defense authorization bill that would increase Trump’s proposal for 2018 to $700 billion.

When that time of the year comes, expect the 716 figure to also be adjusted upwards.

“As hard as the last 16 years have been, no enemy in the field has done more to harm the readiness of the US military than the combined impact of the Budget Control Act, defense spending cuts and operating in nine of the last 10 years under continuing resolutions,” said defence secretary Jim Mattis.

The plan represents a foregoing of the pretense that the deficit ever mattered beyond being an excuse to cut funding for programs that helped the poor.

It also represents something far worse: the eschewing of the pretense that terrorism was ever the primary motivation for the wars and machinations in the Middle East and the world at large.

Where once the US would at least pretend that all these nice things mattered, while quietly manipulating Syrian “moderate” rebels here or fomenting a Ukrainian uprising there, it seems that after those options have been countered, in Syria, Crimea and now North Korea… openly declaring your hostility to the likes of China and Russia is the only game left in town.

Late last year, Mattis had reportedly told troops to be prepared for war with North Korea- but North Korea is just a side-show in preparation for the main event.

His 2018 National Defense Strategy clearly states that “inter-state strategic competition, not terrorism, is now the primary concern in U.S. national security” in order to “sustain American influence and ensure favorable balances of power that safeguard the free and open international order” while “enabling U.S. interagency counterparts to advance U.S. influence and interests” .

In short, speak loudly and carry a bigger stick.

Pedophile Tied Up and Beaten To Death by Mob of Women in India –...