Home Latest News 12-Year-Old Carried Away On Stretcher After School Security Guard Slams Him To... 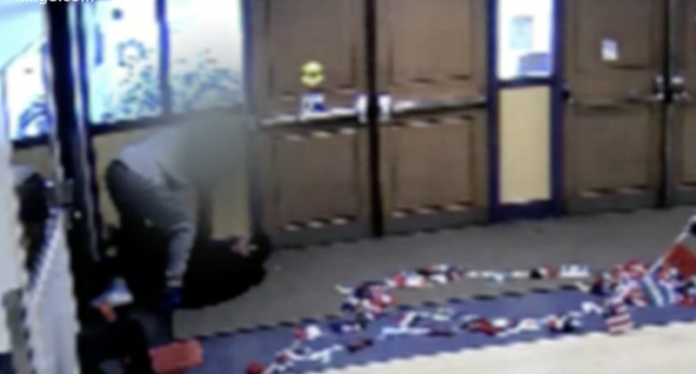 Lightner said, “I met with a social worker there that called the police she and the doctor that worked with him were both very surprised at the amount of force that was used against a 12-year-old kid.”

“Honestly, after I watched that video one of the things I thought is what if that guy had a gun?” she told KIRO.

Seattle Public Schools did not comment on the working status of the guard, but did issue a statement to KIRO 7 regarding the incident.

“We are aware of the incident and investigating whether proper procedures were followed. Because it is under investigation, we are limited in commenting further or providing more specifics at this time,” spokeswoman Kim Schmanke wrote.

Lightner said her son has recovered and is doing well at another school.

Watch the video of the incident below:

Hundreds of Marine Animals Could Become Deaf Due to US Air Force Bomb Testing...