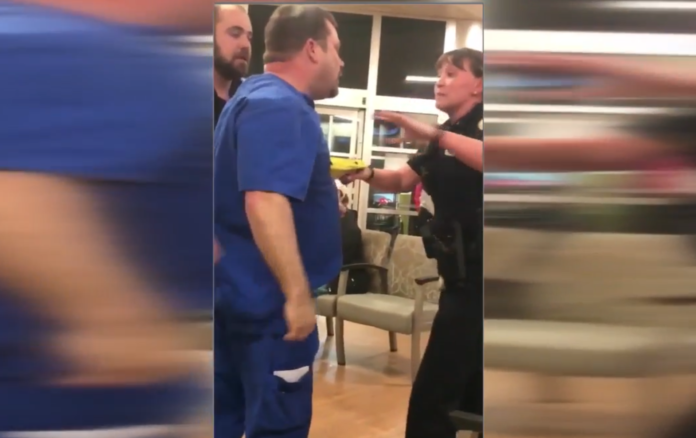 “She was way out of line,” Raymond said. “I just know what I saw was the cop that’s supposed to diffuse it and instead she was the aggressor from what I saw.”

Police say Davis was swinging his arms and punching during the incident, even busting open an officer’s lip, but Raymond says police are lying.

“It’s the cop who hit him in the face, it’s the other way around.”

Raymond says Davis was actually trying to obey orders and leave, but the officer would not let him because she was trying to escalate the situation.

“He was trying to leave but the woman kept stopping him, it was almost like she was wanting to pick a fight.”

WTVC reported officer Sarah Rogers was called to the ER along with Officer Woody because Davis was, “continuing to give issues while trying [to] care for the employee’s mother in the E.R.”

Rogers then ordered him to leave the building and that is when the video above started.