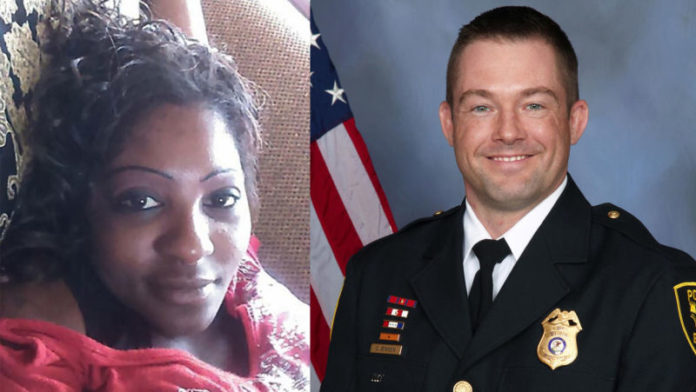 In the early morning of March 12, Elgin police discovered Clements parked on a dead-end street. When police approached Clements’ car, she drove away, entering Interstate 90, about 40 miles outside of Chicago.

She eventually stopped in the center shoulder because she was missing 2 tires. Police used 2 vehicles to block in her mostly immobilized vehicle. Police then ordered her to get out of her vehicle, with audio revealing officers mentioning she had a steak knife and screwdriver in the car with her.

Police suspect she has been using cocaine, but police were informed that she had been seeing a therapist and had previously experienced suicidal thoughts and hallucinations, according to the Courier-News.

The standoff lasted about an hour, with police trying to convince her to exit her vehicle to be arrested. They also had plenty of time to discuss an appropriate non lethal way to capture her if she was aggressive when she did get out.

“If she does exit out of the vehicle, we’ll try to order her back,” Lt. Christian Jensen explains in the footage. Jensen, “the boss” at the scene, tells the other officers: “If she does end up brandishing the knife, we’ll go with the 40, OK?” “40” is how the officers refer to the less lethal rubber bullets.

“And, if it ends up being closer, if she’s coming towards us, we’ll try to tase her then,” Jensen says. “Then we’ll take other options.”

Officers did not expect the mentally ill woman to set something on fire in her car before exiting, but she did.

As smoke filled her vehicle, she exited the vehicle, gasping for air. Officers yell at her, “Put the knife down!” as she stepped out. Then Jensen fatally shot her within 1 second of her stepping out.

Jensen then tells a story of how had no other option because the mentally ill woman was viciously wielding multiple knives, even though she had barely stepped out of her vehicle when he killed her.

“OK, I shot. After this is done, we’re going to have to talk here,” Jensen said. As an officer approached, Jensen explains: “Yeah, I shot her. … She had a couple knives in her hands, approached us with the knives, yelling and screaming.

“Oh, I’m good. I mean, I don’t know what else we were going to do there,” Jensen tells another officer who asks him how he is doing. “I’m not happy. It absolutely sucks, but … I was stuck, you know?”

The Elgin police department originally released edited footage, but outrage and accusations from family and activists convinced the department to release the unedited versions.

Antonio Romanucci, the Clements family’s attorney, said police had plenty of time to get a crisis intervention team to the scene, but they did not do it.

“Since they did not deal with this as a medical situation, they dealt with this as a militarized police situation,” said Romanucci. “Because one officer perceived her as [a] deadly threat, despite the plan not to kill her, with all those officers there, it was predetermined that she would die.”

“There was no evidence that police were in fear of their own bodily harm,” Romanucci said, adding that police knew the victim had emotional and mental health problems.

Mayor Says Mich. City Will Not Be Able To Treat Its Own Water For...