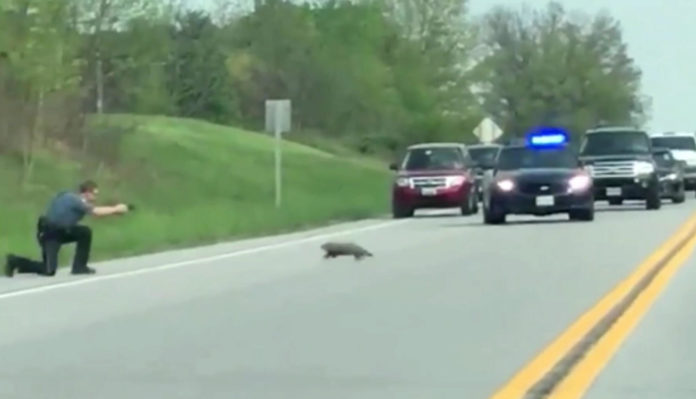 The sheriff’s office released this statement:

“The deputy was travelling on Rt 26 in the area of White Rock Road when he observed traffic backing up along the road. He found that the groundhog in question was walking into the roadway, causing vehicles to stop and creating a hazard. He got out of his vehicle to assess, and as he tried to direct the groundhog off of the roadway, he realized that it was not responding as expected for an animal that was not being cornered or trapped. Believing the groundhog to be either sick or injured, the deputy then put the animal down for the public’s safety.”

Sky Will Be Sprayed In Geo-engineering “Experiment,” Blocking Sun For Climate Change – Anti...