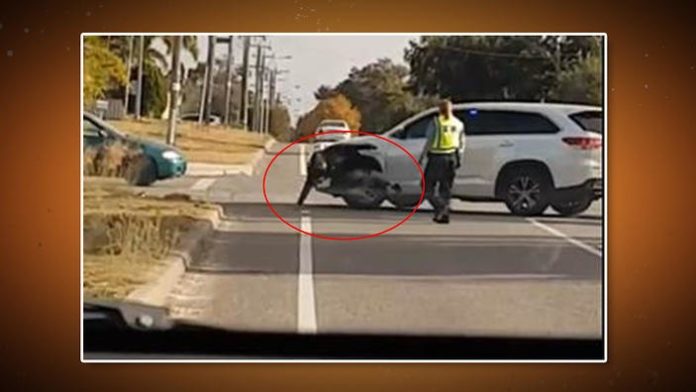 “The first tranche of footage was alarming, however this footage from nearby the injured, in my view removes any doubt of human error. What the footage evidences is damning and the officers in question should be stood down,” he told NITV News.

The police story alleges the teen was wanted for questioning after someone in the area complained about “suspicious activity”. “ A scuffle ensued where one officer was injured” after Farmer was located. “The man fled on foot and was arrested a short time later on Wilfred Road after colliding with a police vehicle involved in the search,” WA police said in a statement.

The unidentified officer has been suspended pending an internal investigation.

GA Student Says He Feared For His Life During Traffic Stop Where Cops Assaulted...

Ex-Gang Member From Chicago Exposes The Government, Says They Are Dropping Hundreds Of Guns...