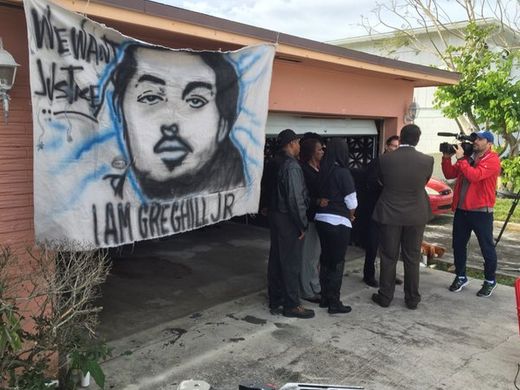 The lawsuit alleged negligence and municipal liability against Sheriff Mascara and claimed Newman violated her son’s Fourth Amendment right to be free from excessive force resulting in a wrongful death.

Newman and his partner, Deputy Edward Lopez, were at Hill’s home because of a loud music complaint.

Hill was near the door with “his left hand on the door and his right hand down.”

Newman decided to draw his gun, as the garage door started to go down again, and fired 4 times at the man who was standing in his garage.

A SWAT team arrived and entered the garage to find Hill dead with 3 gunshot wounds.  An unloaded gun was found in Hill’s back pocket.

A toxicology report stated that Hill had a .4% blood-alcohol level, far above the legal driving limit.  However, Hill was not driving, he was listening to music in his own garage.

Hero Cop Who Blew Whistle On OKC Bombing Did NOT Commit Suicide – Anti...