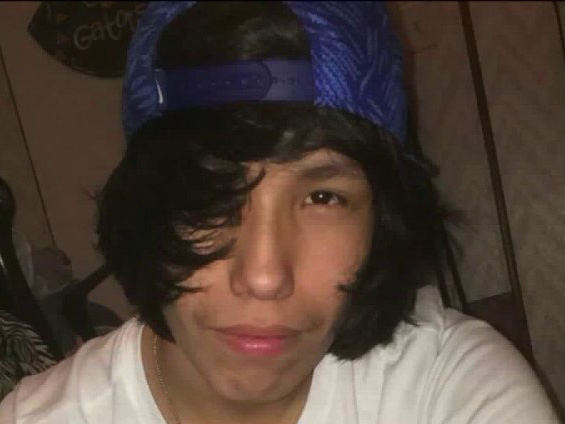 The police story alleged Barnes threatened Smith’s life when he “crushed” the officer’s patrol vehicle by backing into it.  Following the standard process when officers kill unarmed people, prosecutors declined to file criminal charges against the officer, saying the killing was “clearly justified.”

Officers began to chase Barnes as he was travelling north on I-65 into Priceville. They continued onto I-565 east into Hunstville.

The lawsuit says that Smith was aware that Barnes was a juvenile and had no reason to believe he was armed.

“At no time did anyone claim Gabriel was armed,” the lawsuit states.

Barnes took the Bob Wallace exit off I-565. As he slowed down, Smith rammed the rear door of the Mustang with his patrol car, causing the Mustang to be “undriveable.” The vehicle hit a median, destroying a tire and rim. The airbags deployed and the hood crumpled, according to the lawsuit.

“The collision with the median rendered the car undriveable, but the car did not come to a complete stop until it hit a car on the other side of the median,” the lawsuit says.

The suit says Smith then pulled up beside the disabled vehicle, “stopped, opened his door, and executed Gabriel by shooting him approximately eight times. Gabriel made no attempt to put the car in reverse or otherwise to drive the car.”

The police department alleges Smith killed Barnes because he backed his “undriveable” vehicle into the patrol car and “crushed” the officer.

“The offender then suddenly backed the stolen car into the driver’s side door of the patrol vehicle just as the officer was emerging from the vehicle to apprehend the offender,” Priceville acting police Chief Rick Williams said in a statement at the time. “The officer was crushed between the door and the body of his vehicle, putting his life in immediate danger.”

The lawsuit disputes this claim,  saying”At no time was defendant Smith’s life in danger.”

The lawsuit says Smith violated city policy and law by shooting Gabriel Barnes, accusing him of excessive force, assault and battery. No specific amount is requested in the suit, which asks for a jury to determine an appropriate amount for punitive and compensatory damages.

The suit doesn’t name an amount the plaintiff is seeking. It asks that a jury determine an appropriate amount of punitive and compensatory damages, plus court costs and interest.

Cop Digs Mentally Ill Man’s Eye Out of His Socket, Calls Him “N****r”

50 Immigrant Women and Children Dumped by ICE at Closed Bus Station in Hurricane...

Texas Grandmother Granted Clemency by Obama Gets Sent Back to Prison – Anti Media...