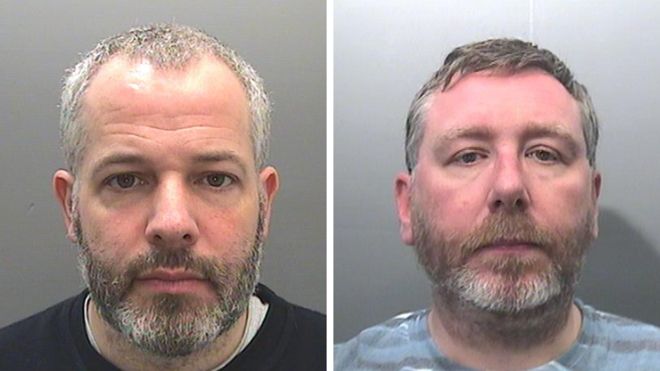 His partner in crime, 43-year-old Welsh Government lawyer John Guess, of Cardiff, was sentenced to 26 years for sex offences against children.

Prosecutor James Wilson called out Guess for his history of perversion.

‘You have held a perverted interest in young girls since you were a young man. Over the course of ten years you harvested a large collection of indecent images. They were organised into collections in a considered and calculated fashion. You have become a sexual predator, taking advantage of any opportunity to take indecent images of children. Had you not been arrested it would only be a matter of time and opportunity that you would proceed to rape children. You seek to corrupt children by inciting them to engage online in sexual activity for your own gratification. You have become accustomed to ignoring the normal social boundaries and taboos which might inhibit others.’

Detective Superintendent Wendy Gunney said, ‘Today’s sentence does not mark the end of our investigations and we will work tirelessly to identify any other victims or witnesses and seek the justice they deserve.’

No Hate Crime Investigation After “White Power” Attack on an Elderly Korean Woman –...

Pipeline Spills 310,000 Cu Ft Of Gas In Pristine Water After Hole Blows In...