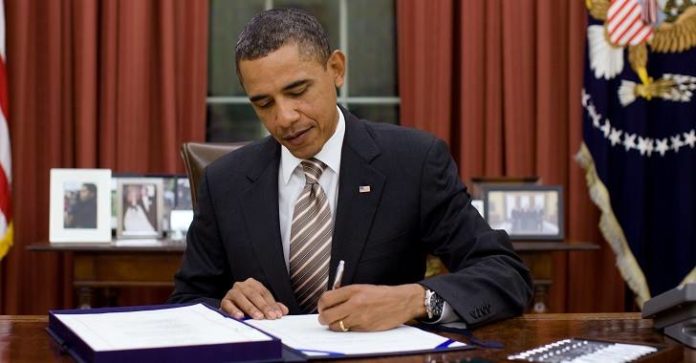 Washington, D.C. – The Obama administration just handed even more power to the incoming Trump administration to invade the privacy of American citizens. The recent approval of new procedures for an existing executive order will allow the NSA to share the private data it collects with all 16 agencies of the United States intelligence community. The 23-page outline of the new procedures lifts previous limits placed on the way information was filtered before being disseminated to individual agencies.

Gone are the already-flimsy privacy protections that required NSA analysts to review data before handing it over to other agencies like the CIA, DEA, DHS, or others. Whereas prior restrictions required analysts to shield the identities of innocent parties and other personal data before sharing only the information deemed pertinent, there are now no filters whatsoever.

All agencies will have the freedom to dig through “raw signals intelligence information” under the new procedures, which were signed by Attorney General Loretta E. Lynch. After evaluating the information, the agencies can apply rules “minimizing” violations of privacy. That’s correct — only after privacy has been violated can it be protected. That’s not exactly how it works, but it is now the law according to Section 2.3 of Executive Order 12333.

The document was originally signed on December 15, 2016, by the director of national intelligence, James R. Clapper Jr. According to Clapper’s general counsel, Robert S. Litt:

“This is not expanding the substantive ability of law enforcement to get access to signals intelligence. It is simply widening the aperture for a larger number of analysts, who will be bound by the existing rules.”

“Rather than dramatically expanding government access to so much personal data, we need much stronger rules to protect the privacy of Americans. Seventeen different government agencies shouldn’t be rooting through Americans’ emails with family members, friends and colleagues, all without ever obtaining a warrant.”

The new procedures require agencies to submit written requests to the NSA describing the raw signals intelligence sought, how it will be used, how it will further its mission in a significant way, and why the information could not be obtained through other sources. While the purpose of Executive Order 12333 is to target foreign and counter-intelligence only, if an agency uncovers information that incriminates an American citizen, the agency is required to turn the evidence over to the Justice Department. Many of the requirements listed in the document for targeting American citizens have been redacted.

And if all else fails, any U.S. Intelligence Agency can legally obtain personal information on any citizen with no warrant under Section 702 of the FISA Amendments Act. However, with these new procedures in place, that may not be necessary anymore.

If Barack Obama is so concerned about a Trump presidency, why is he giving the future president such a terrifying amount of power?

By: Josie Wales  From: The Anti Media