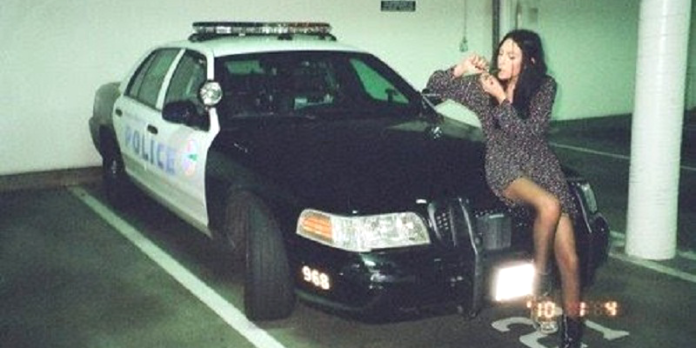 On March 1, Harris County and the city of Houston will take an historic step toward freedom and common sense. District Attorney Kim Ogg is rolling out the Misdemeanor Marijuana Diversion Program, effectively decriminalizing low-level possession of cannabis.

If a cop catches someone with less than four ounces of cannabis, the person can avoid being arrested, ticketed or having to appear in court by agreeing to take a four-hour, $150 “drug education” class. The program will not apply to those on probation, on bond, or in a school zone.

Ogg is staying true to her campaign promise of reducing arrests for minor drug offenses, recognizing that throwing people in a cage for possessing a plant is a waste of money.

“We have spent in excess of $250 million, over a quarter-billion dollars, prosecuting a crime that has produced no tangible evidence of improved public safety,” said Ogg when she announced the program on Feb. 16. “We have disqualified, unnecessarily, thousands of people from greater job, housing and educational opportunities by giving them a criminal record for what is, in effect, a minor law violation.”

Harris County has spent $26 million every year prosecuting about 10,000 misdemeanor marijuana cases, according to local news ABC13. $1.7 million is spent testing evidence, $13 million is spent housing marijuana offenders, and an officer spends an average of four hours to arrest, transport and book each case.

“When a suspect is involved in a drug stop, the law enforcement officer executing the stop will advise the suspect of the program and eligibility. The officer will contact Ogg’s office to ensure that the stop is lawful and ensure that the suspect qualifies. Eligible suspects will then sign an acknowledgement form and agree to take a “cognitive decision making class” within 90 days.

Provided that the suspect completes the four-hour course, he or she will walk away from the incident with no criminal record. Crime labs will not be required to test any evidence seized, which will be destroyed upon completion of the course.”

The diversion program has the full support of Harris County Sheriff Ed Gonzalez, Houston Mayor Sylvester Turner and Houston Police Chief Art Acevedo, as well as many state lawmakers. They recognize that law enforcement should focus their efforts on crimes such as burglary and violence.

“We don’t want people to go through an arrest, and all that entails, over simple possession of marijuana,” said Assistant District Attorney David Mitcham. “We don’t want the cops spending the hours it takes to book somebody into jail while the burglars conduct their business because there’s no cop on the beat.”

“We’re really encouraged by these swift actions by the district attorney,” said Ryan Sullivan on behalf of the sheriff’s office. “And we are looking forward to working with Harris County’s criminal justice leadership identifying common-sense solutions to our broken criminal justice system.”

But there are still plenty of prohibitionists who have no interest in logic and believe cannabis users should have their life ruined. Texas Lt. Gov. Dan Patrick played on the “sanctuary city” buzzword to voice his displeasure.

“The lieutenant governor has said repeatedly regarding sanctuary cities that he does not believe that law enforcement has the discretion to choose what laws to enforce and what laws to ignore,” said Alejandro Garcia, Patrick’s press secretary. “That is his position regarding DA Ogg’s proposal.”

“Unlike Harris County, Montgomery County will not become a sanctuary for dope smokers,” said Ligon in a press release. “I swore an oath to follow the law – all the laws, as written by the Texas Legislature. I don’t get to pick and choose which laws I enforce.”

Of course, he is wrong about this, as District Attorneys do have the discretion to carry out initiatives such as the Misdemeanor Marijuana Diversion Program.

“Pre-charge diversion is a lawful exercise of our discretion as district attorneys,” Ogg told Houston Matters. “And those decisions are made every single day in prosecutors’ offices all over this state and the United States.”

Even in Texas, prohibitionists are a waning breed. A recent poll found that fewer than one in five people are against legalization in any form. Support for legalization has increased, with “83 percent of Texans support legalizing marijuana for some use; 53 percent would go beyond legal medical marijuana to allow possession for any use.”

A bill is pending in the Texas House to decriminalize possessions of one ounce or less of cannabis. The smart program being implemented in Houston and Harris County will show that decriminalization will not bring madness and chaos, but instead will save government millions of dollars and allow cops to focus on real crime.