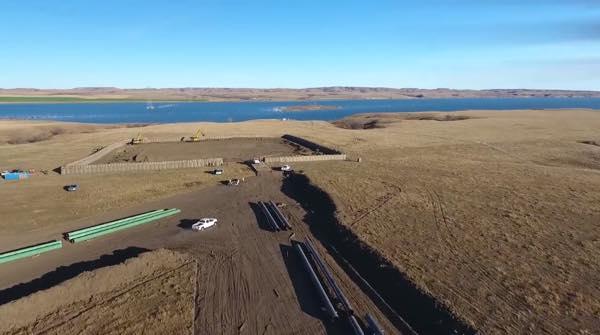 Judge Patricia Millett, in her statement supporting the denial of the motion, wrote that the tribe “has not met its heavy burden of proving entitlement to the extraordinary relief of an injunction pending appeal” because the district court hasn’t yet decided whether to allow the RFRA claim as part of the tribe’s lawsuit. To do so would mean meeting an extraordinarily high bar beyond the tribe’s suffering irreparable harm, a balance of equities favoring the tribe, and public interest in supporting the stay. It would also have to demonstrate that the district court “likely abused its discretion in denying the preliminary injunction” on March 14, and that “the district court would…abuse its discretion were it not to permit [adding the RFRA claim to the suit],” she wrote.

Speaking for a three-judge panel that included Judge Robert Wilkins and Judge Brett Kavanaugh, Millet wrote, “The Tribe has not made that exceptionally exceptional showing.”

Millet was also seemingly perturbed that the RFRA claim was filed so late in the process because it tied the circuit court’s hands to “exercise [its] equitable authority.”

In a statement issued by the tribe, Harold Frazier, chairman of the Cheyenne River Sioux Tribe, expressed extreme disappointment with the ruling.

“The shameful truth is that America can’t understand the holiness of our Grandmother Earth and her importance to our existence,” Frazier said. “But that is why we Lakota people were put on this Earth—to fight for Unci Maka when the rest of the world has forgotten her. We are not just doing this for us. We’re doing it for all of you.”

The case now moves to full appeal in the D.C. Circuit Court as the Standing Rock Sioux Tribe’s concurrent case against the pipeline continues to also weave its way through D.C. District Court.

“While we are disappointed that our pleas to the court and current administration have thus far fallen on deaf ears, we remain committed to fighting the transmission of dirty fossil fuels through our territory and putting a stop to the flow of oil in this pipeline,” Standing Rock Sioux Chairman David Archambault II said in a statement on Tuesday afternoon March 28.

“The Standing Rock Sioux Tribe would like to reiterate that while this is a setback, and a frightening one at that, we will not stop at any cost,” the tribe said. “Just because oil flow is pending does not mean that it cannot be stopped by court order, and we have a strong, ongoing case in front of the courts at this moment. We will exhaust every appeal.”

Millions Losing Health Insurance Is “The Very Essence Of Living In A Free Society”...

Did Your Know In 1937 Marijuana Was Made Illegal After Accounts That It Made...