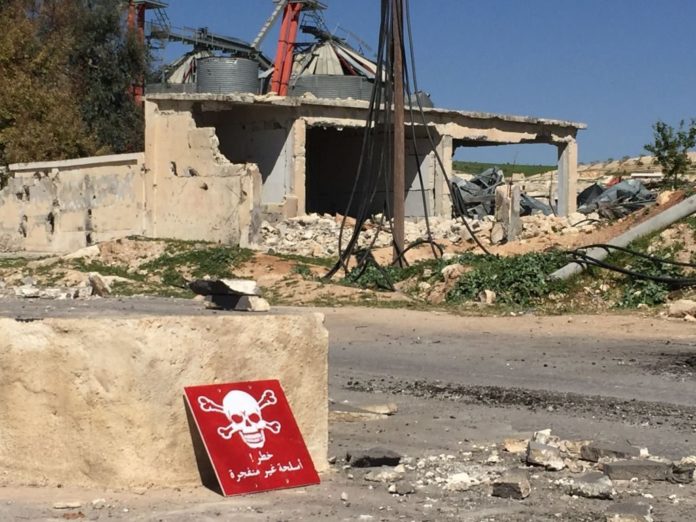 The U.S. leaders have still not provided any evidence that supports their theory that the Syrian government was behind the chemical attack on April 04, 2017. On the contrary, the “evidence” they have provided actually suggests the attack was carried out on the ground and not from an aircraft according to an analysis from an MIT Professor who analyzed the data. The U.S. already responded, without evidence, by attacking a Syrian military base-an attack which actually assisted rebels known to have used chemical weapons on civilians. After a response like that, leaders will be unlikely to admit they are wrong about who carried out the attack, even when presented with clear evidence they are wrong.

This is a portion of an assessment of the alleged April 4, 2017 chemical weapons attack in Khan Shaykhun, Syria by MIT Professor Theodore A. Postol.

I am responding to your distribution of what I understand is a White House statement claiming intelligence findings about the nerve agent attack on April 4, 2017 in Khan Shaykhun, Syria. My understanding from your note is that this White House intelligence summary was released to you sometime on April 11, 2017.

I have reviewed the document carefully, and I believe it can be shown, without doubt, that the document does not provide any evidence whatsoever that the US government has concrete knowledge that the government of Syria was the source of the chemical attack in Khan Shaykhun, Syria at roughly 6 to 7 a.m. on April 4, 2017.

In fact, a main piece of evidence that is cited in the document points to an attack that was executed by individuals on the ground, not from an aircraft, on the morning of April 4.

However, if one assumes, as does the White House, that the source of the sarin was from this location and that the location was not tampered with, the most plausible conclusion is that the sarin was dispensed by an improvised dispersal device made from a 122 mm section of rocket tube filled with sarin and capped on both sides.

The only undisputable facts stated in the White House report is the claim that a chemical attack using nerve agent occurred in Khan Shaykhun, Syria on that morning. Although the White House statement repeats this point in many places within its report, the report contains absolutely no evidence that this attack was the result of a munition being dropped from an aircraft. In fact, the report contains absolutely no evidence that would indicate who was the perpetrator of this atrocity.

The report instead repeats observations of physical effects suffered by victims that with very little doubt indicate nerve agent poisoning.

The only source the document cites as evidence that the attack was by the Syrian government is the crater it claims to have identified on a road in the North of Khan Shaykhun.

The full assessment, published in the Unz Review, can be found here.

Thank you Professor Postol for writing this assessment and pointing out the lack of evidence to support a “retaliation” against a foreign military, which would without doubt be considered an act of war if anyone did that to a U.S. military base. While the U.S. leaders are unlikely to change their opinion on who perpetrated the attack, regardless of evidence provided or admissions from those responsible, we still have a right to know who was actually behind it.  American tax money is being used to assist rebels and ISIS in Syria and we should know why.

These New GMOs Are Flooding The “Natural” Market. Here’s How To Avoid Them –...

Hero Congresswoman Exposes Truth on CNN After Secret Visit to Syria, ‘There Are No...