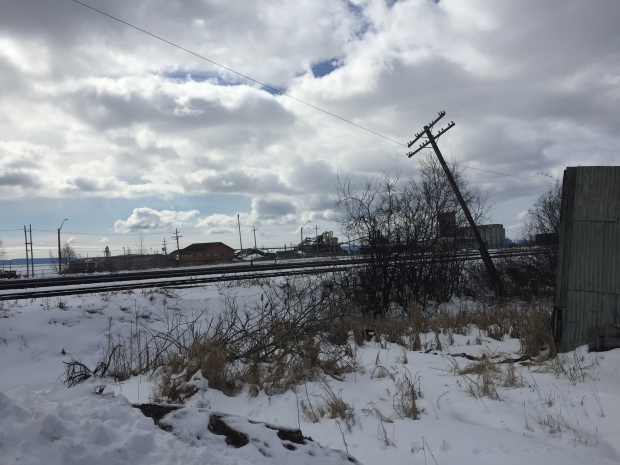 The Indigenous peoples of Canada and the United States are too often the victims of a broken policing system stacked against them.

With poor reconciliation programs and disproportionate levels of arrest and conviction, one would think that the indigenous people in both countries don’t stand a chance against the colonial system that has been trying to wipe them out since time immemoriam. All too often we hear of missing and murdered indigenous women not being given a second thought by law enforcement simply because of who they are, never getting justice for what was done to them- because for some reason, police seem to chalk it up to “they had it coming” or assuming the women having had led a dangerous lifestyle.

This is what happened to one Native woman in  Thunder Bay, Canada- who was found naked crying out for help in the snow. After a paid sexual encounter went south, she tried to flee and that’s when he tried to kill her, causing her to run for her life nude in the middle of the night in the bitter cold. She will however, not see her attacker face any consequences as all too often law enforcement devalues the lives of Indigenous women, especially those in the sex trade

As reported by CBC:

The mother of a 28-year-old woman found naked and crying for help late one night in Thunder Bay, Ont., says police are ignoring a crime because her daughter is a First Nations woman and an addict.

Robin Sutherland, 31, said he and another man responded to a woman’s calls for help on Clavet Street around 12:15 a.m. on March 10.

“We saw a naked lady approaching us and she was quite distressed, screaming for help, and so she came up to us and I gave her my sweater to warm her up,” Sutherland said.

He stuck around after police arrived, waiting to get his sweater back. He said he heard the woman tell police she had been paid for sex that night and the transaction had gone horribly wrong.

“She started off by saying that he tried to kill her and drown her in the lake,” Sutherland said.

The woman’s mother said her daughter told her the same story.

CBC News is not identifying the mother because she said her daughter still fears for her safety.

“She said, ‘Mom, I thought I was going to die. He almost threw me in the water, naked,’” the mother said. “She showed me her bruises and how he dragged her and tried to drive off with her hanging on to the vehicle because her clothes were in the vehicle and she was all naked.”

“When he got out and attempted to throw her in the vehicle, that’s when she ran,” the mother added.

She said she is aware that her 28-year-old daughter sells sex in order to pay for the fentanyl to which she has become addicted, but said that is not an excuse for police inaction.

“I think it’s because my daughter is First Nations and is a drug addict and that’s already two strikes against her, and this man who attempted to kill her is not First Nations,” the mother said.

Thunder Bay police said they are also attempting to get in touch with her again.

“At the time of the original investigation, there were no reasonable grounds to lay criminal charges,” said Thunder Bay police spokeswoman Julie Tilbury. “We would be interested in following up further with the complainant.”

The police response is “disheartening,” especially as awareness grows around the dangers faced by indigenous women, said Cora-Lee McGuire-Cyrette, the interim executive director of the Ontario Native Women’s Association.

Native individuals have many misconceptions about them being lazy, and prone to criminal activity. Couple that with being a woman and the rampant misogyny within law enforcement, and Native women don’t stand a chance for justice to ever be in their favor.

“There’s a direct connection … reports show that those [indigenous women] who have been sexually exploited are at even greater risk of becoming a missing or murdered indigenous woman,” McGuire-Cyrette said.

Sutherland said he noticed police showed “a bit less care and less compassion” when the woman told them she was a prostitute.

After the ambulance came to get the woman, Sutherland said, the police officer handed him back his sweater using two fingers and said “to wash or burn it as soon as I got a chance.”

Sutherland said he didn’t think twice about giving the woman his sweater, even though it had his keys and money in the pockets.

“She needed help, I wasn’t going to just leave her there,” he said.

What do you think about the state of affairs between law enforcement and Indigenous peoples today? What can be done to make officers see Native people as humans, deserving of the same courtesy, and the same justice as the rest of us? In this case, do you think something should be done to teach the offers to be more of service to the victim, instead of dismissing her simply because of who she is? Share your thoughts in the comment section below.

Dylan Roof’s Friend Joey Meek- Headed to Prison for Lying to FBI About his...