Home Crime English Terrorist is Described as a “Student with Autism”. Would he have... 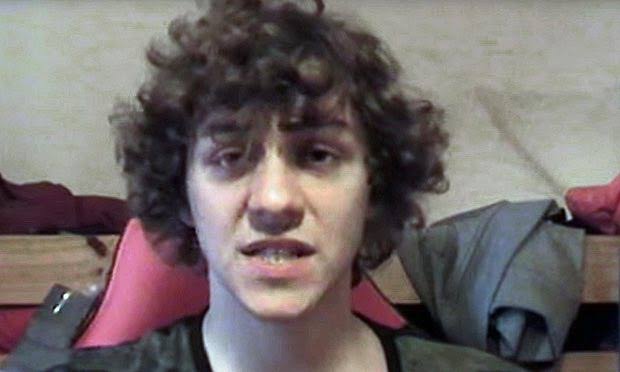 The Oxford Dictionary defines terrorism as: “The unlawful use of violence and intimidation, especially against civilians, in the pursuit of political aims.”

With all the examples that exist around the world that embody this term, it would seem that the term “terrorism” is exclusively used to describe violent acts carried out by Muslims and Muslims alone. Atrocities carried out by other groups are often described as one offs, someone dealing with mental health issues and the like.

The following story is another prime example of how ther term terrorism is reserved soley for Muslims.

Damon Smith, a 20-year-old white male from England carried out a failed terrorist attack back in October of 2016. Instead of calling him the terrorist that he is, he was described by many media outlets as a “student” with autism.

A British student, who left a homemade bomb packed with ball bearings and shrapnel on a London underground train on its way to the Canary Wharf financial district last October, was jailed for 15 years on Friday.

Damon Smith, 20, set the timer and left the train but the bomb failed to explode and was later reported by passengers. It was made safe by police at North Greenwich station on the Jubilee line, one stop away from Canary Wharf.

During a search of his home, police found a blank firing pistol , a knife and a knuckleduster while on social media he had “liked” a number of videos relating to explosions.

A forensic scientist was also able to reconstruct a shredded document to reveal it was pages from an al Qaeda-published magazine that gave instructions on bomb-making. A list of materials needed for making a bomb were found on his iPad and components needed to make a device were discovered at his home.

Smith claimed the device was just a smoke bomb and that whole incident had been a prank but was convicted at London’s Old Bailey court earlier this month of planning to cause an explosion.

“We have seen this week the horrifying impact a bomb can have. And whilst there is no connection between Manchester and Greenwich it brings into stark reality just how devastating it could have been,” Commander Dean Haydon said.

“The bomb Smith made was a viable device, but it failed to detonate, which was our good fortune.”

While Smith’s punishment fits the crime, the aviodance to call him exactly what he is- a failed terrorist, perpetuates the narrative that only Muslims are capable of acts of terror, and that everyone else, especially White males are only the product of falling through the cracks of society or having issues with mental illness.

What are your thoughts on the matter, should Smith and his like be considered as terrorists? Do you think vocabulary used to describe those who carry out heinous acts have any bearing on society’s view on the individual, or groups they associate with?

Join the discussion below.