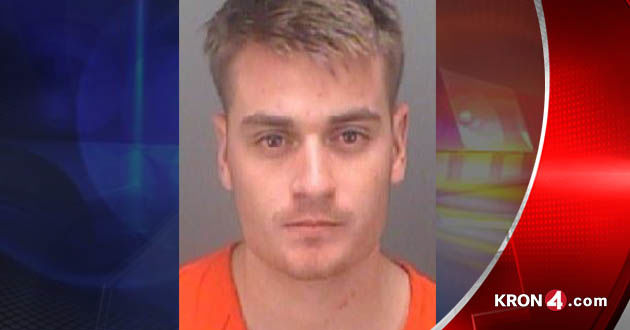 Even though the man was a member of one of the most dangerous terror communities in the country; despite the fact that he knew how to make bombs; with the knowledge that he was in possession of bomb-making materials; even after he exhibited every single trait of what law-enforcement officers, Homeland Security experts and Army investigators describe as “America’s biggest threat to national security”—a federal judge released neo-Nazi Brandon Russell on bond Friday, because the judge says that he saw no evidence that Russell was a danger to anyone.

But mostly because Russell was white.

I do not have a desire to be white. It looks too constraining, the food is too mayonnaise- and mustard-based, and I have grown fond of clapping on the beat. However, after looking at cases like the saga of Brandon Russell, even though I am a proud, unapologetic man of African descent, I am comfortable enough in my blackness to admit one thing:

Being white must be amazing!

According to NBC News, Russell was living in white supremacist utopia with three fellow neofascist members of the Army National Guard (because, for whatever reason, if they aren’t living in their mother’s basement—white nationalists always have roommates) when one of his homeboys, Devon Arthur, went apeshit crazy.

Arthur held three people hostage in a Tampa, Fla., smoke shop (yeah, that’s another thing about neo-Nazis: They vape a lot) and announced that he had converted to Islam and killed two of his roommates, claiming that his victims were white supremacists who were planning to go on a killing and bombing spree.

While this story might already seem nuts to most people (including the part about a nonblack guy named Devon), it is pretty routine for white people in Florida. But don’t worry, it gets more interesting—even on the Sunshine State’s Caucasian scale of craziness.

Russell, the surviving roommate who wasn’t killed in the prevape store slaughter by the Nazi-turned-Muslim part-time soldier, received a visit from police because cops are usually forced to follow up on leads from Army Nazi double murderers who reveal terrorist plots. It’s kind of their thing.

When a law-enforcement officer contacted Russell … you know what? It is difficult for me to construct a paragraph containing all of the dangerous, crazy paraphernalia in Russell’s possession. So here is a list:

Family Of 15 Year-Old Virginia Boy Fatally Shot By Police Says His Killing Was...