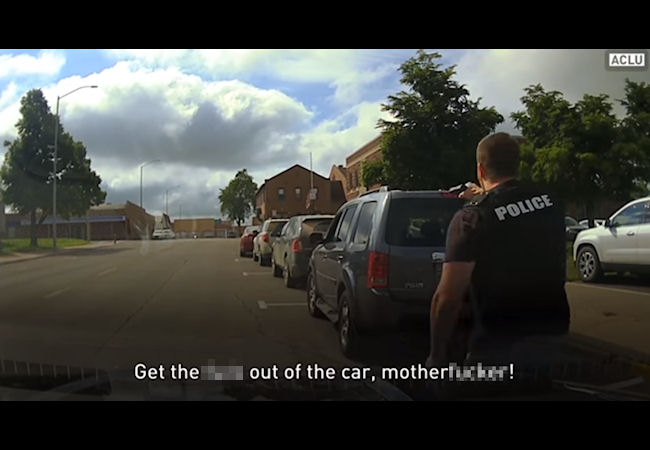 This police officer brutally beat a driver and then lied about it, now the ACLU wants him to pay for his illegal and unethical actions.

The Minnesota ACLU obtained and released a police dashcam video showing “a textbook case of excessive force” and called for an investigation into the circumstances surrounding the 2016 arrest.

Joswiak runs out of his car, aims his pistol at the driver, yells a series of expletives at Promvongsa and commands him to get out of the car while he traps him in the car and brutally knees and punches the driver.  He is obviously unable to get out because of the attack by the officer, an attack that would land any regular person in jail.

The ACLU observed the arrest was unnecessarily physical and should spur an internal investigation by the Worthington Police Department.

“Agent Joswiak claims Anthony refused his order to leave his car, but the video contradicts this assertion,” the ACLU said in a statement. “Instead it shows a textbook case of excessive force.”

“We are calling for an investigation of Agent Joswiak’s behavior and for him to be held accountable for his brutal attack on Anthony Promvongsa, up to and including termination and prosecution,” said Teresa Nelson, Executive Director of the ACLU of Minnesota.

“Thus far, Agent Joswiak has received no punishment for this abhorrent treatment of Anthony,” she added. “This sends a message that the department condones the officer’s behavior, which it should not.”

The ACLU of Minnesota say there is a history of illegal racial profiling and brutality by the Worthington Police Department, Nobles County Sheriff’s Office and the Buffalo Ridge Drug Task Force.

They believe that could be a cause of this unnecessarily brutal attack because Joswiak is white, while Promvongsa is Asian. 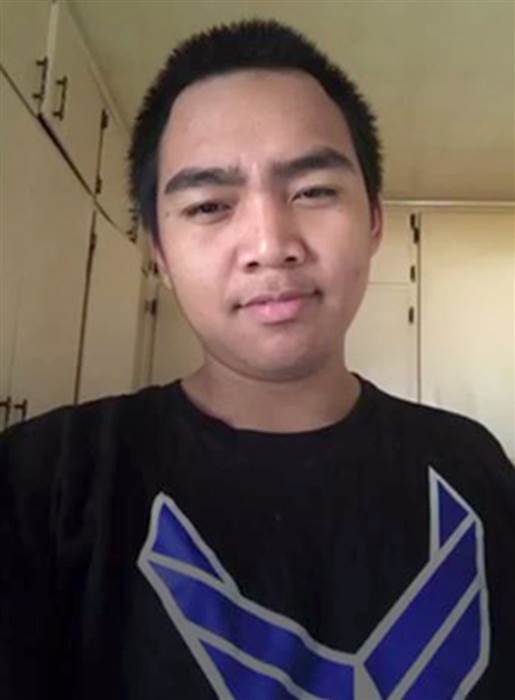 In a statement provided by the ACLU, Promvongsa also alleged that this type of police force is common in Worthington and that the “demoralizing” incident left him “scared of future interactions with the police.”

“I did not even have the opportunity to take off my seatbelt before I was literally blindsided with this unnecessary attack,” Promvongsa said in the statement. “I immediately pulled over for the Worthington squad car and before I knew what was happening I was beat and ripped from my vehicle.”

Police say Promvongsa was being pursued because he tailgated and threatened 2 off duty officers. That is apparently all the justification they need to threaten and brutally beat someone.

Promvongsa was charged with two counts of assault with a dangerous weapon in the second degree, fleeing an officer in a motor vehicle, possession of a small amount of marijuana and driving with a revoked license.

Promvongsa has pleaded not guilty to the charges and faces up to 17 years in prison if convicted.

Worthington Police Sgt. Tim Gaul, who teaches “use of force” to Worthington police officers, aided in the pursuit and arrest of Promvongsa, and is seen backing up Joswiak in the video. Gaul was named in two separate excessive force cases that were settled by the city of Worthington, reported NBC. In both incidents he allegedly dislocated the plaintiffs’ shoulder, one of whom was eight-months pregnant, according to court papers.

The Minnesota ACLU does not buy the police justification for this beating.

“The video does tell the full story of the stop,” Interim Legal Director of the Minnesota ACLU John Gordon told NBC News Thursday. “It tells the full story of not just an arrest, but a beating. No matter what happened before the video started the job of the police is to protect people and enforce the law — not acting like you’re above the law.”

If Promvongsa is facing 17 years for this, then the officer caught on video should be facing at least twice that and needs to lose his job.  Help spread the news of this and hold this unethical officer accountable for his brutality. 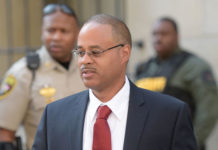 Republicans & Democrats Join Together In Senate To Legalize Pot On Federal Level –...