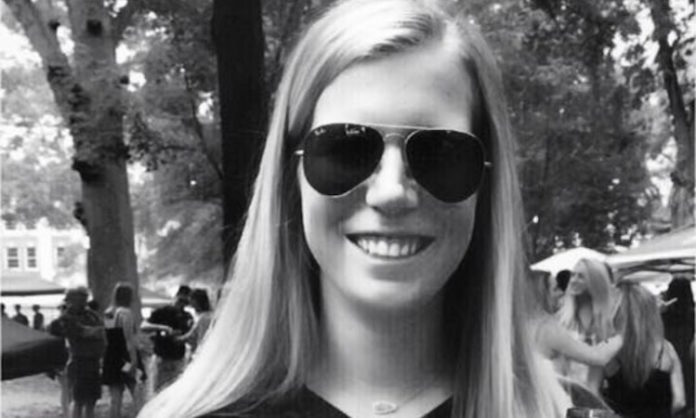 This is what it is like for a rape victim if your rapist is a rich and powerful man.

The family of an Alabama honors student who was, “mistreated by Tuscaloosa police, the university, and DCH Regional Medical Center” before committing suicide, will be suing the University of Alabama.

Megan Rondini, a 3.8 GPA student who had received a coveted spot in a special MBA program for high achievers in STEM fields, hanged herself in February 2016 after allegedly being raped by “one of the wealthiest men in Tuscaloosa,” according to Buzzfeed.

“Megan couldn’t remember how she ended up in Sweet T’s white Mercedes on the way to his ornate mansion, decorated with his choicest hunting conquests, from massive-tusked elephant and wide-mouthed hippo heads to taxidermied lions and leopards,” reported Buzzfeed.

“Sweet T” was an alias of T.J. Bunn, Jr. of the ST Bunn Construction family, who claim to have paved every street in Tuscaloosa.

“‘Was it consensual?’ Megan’s friend asked her when she picked her up that night, the friend told investigators. ‘Like, did you want to?’ No, Megan told her. She didn’t.”

“That’s why they went to the hospital for a forensic exam, even though it was the middle of the night and Megan had just run away from Sweet T’s mansion by climbing out of his second-story window. Afterward, instead of going to sleep, she met with law enforcement for an interview,” said Buzzfeed “Megan never imagined that she would soon be cast as a criminal, or that investigators would view Sweet T — really T.J. Bunn Jr., son of an influential Tuscaloosa family — as the true victim.” Unfortunately, that’s exactly what happened.

“Bunn has sandy brown hair, a boyish face, and a preppy wardrobe: The night he picked Megan up, he was wearing khakis and brown alligator shoes. He’s sometimes referred to as an ’employee’ of ST Bunn Construction, but it’s unclear what he does there,” Buzzfeed wrote. “A 2012 Tuscaloosa News profile published after former governor Bentley appointed Bunn to Alabama’s Conservation Advisory Board focuses on his many hunting accomplishments — he’s even killed the African ‘big five’ — but there’s not much other information about him available, other than records relating to a 2013 DUI arrest.”

Records reveal Bunn sued the director of the Alabama Department of Public Safety after his driving privileges were taken away, claiming he would ‘suffer irreparable harm’ if his license was suspended because he would be ‘unable to drive to work and will lose his job’ at the family business. Naturally, Bunn got his license back.

“Megan was loved by everyone who came in contact with her. Her loss is everyone’s loss. Title IX, the University of Alabama, the Tuscaloosa Sheriff’s department and the overall judicial system in Tuscaloosa let her down on every level,” Birmingham lawyer Leroy Maxwell, Jr. — who represents the victim’s parents, said. “Through litigation our firm is committed to doing everything in our power to shine a light on Tuscaloosa’s systemic problem with sexual assault.”

“Bunn insisted he and Megan had consensual sex. In a statement provided by his lawyer, Bunn reiterated that he was never charged with a crime and said it would be ‘improper to say anything further about a young woman, who was clearly troubled, that could cause pain for a family dealing with grief,’” Buzzfeed reported. “Under Alabama’s archaic rape law, victims must prove they ‘earnestly’ resisted their attackers, and the investigator who interviewed Megan quickly decided she hadn’t fought back against Bunn — she hadn’t ‘kicked him or hit him,’ he explained. His investigation would conclude that no rape occurred. But he didn’t stop there. Instead, he started building a case against Megan, questioning her for multiple crimes she wasn’t even aware she had committed.”

So not only are they only hearing about 10% of sexual assault cases, the cops bully the victims if the alleged assailant is wealthy and powerful.

As Feds Claim Pot Has “No Medicinal Use” FDA Approving Horse Tranquilizer for Depression...