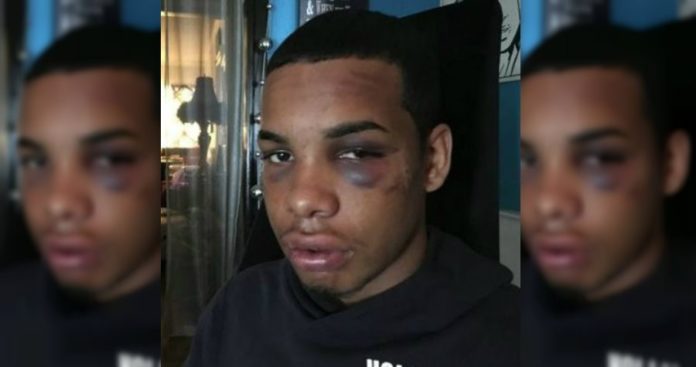 In what seems to be another incident of unnecessary force, a New Jersey officer beat a black teen leaving him hospitalized. The Carteret, NJ officer Joseph Reiman, who is the brother of Carteret Mayor Daniel Reiman, allegedly kicked and punched the teen following a car crash.

The boy screamed for help while other officers assisted Reiman in beating him.

Officer Reiman failed to take the teen to hospital or call an ambulance.

The teen’s father, Russell Stewart, was initially confused as to why his son wasn’t treated at the scene but later discovered the officer simply threw his son in the back of the police car after beating him. When Stewart finally saw his son he said his son looked pretty bad, it looked like his jaw bone was broken.

The officer has been arrested and is being charged with third-degree aggravated assault. He has also been placed on unpaid administrative.

The teen been released from the hospital and the family will be suing.

‘Crisis Situation’ As Low Morale And Pension Problems Cause Record Number Of Cops To...