Home News Autopsy Proves Zachary Bearheels Was Tased To Death By Police While In... 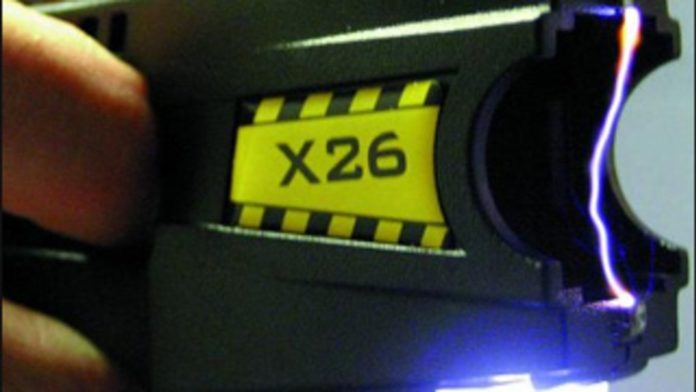 Zachary Bearheels died while in police custody and on Thursday, the autopsy results were released proving police brutality killed him.

The autopsy found Bearheels had minor head injuries including some cuts on his face and scalp. She found no evidence of skull fracture or intracranial hemorrhages or brain contusions.

Omaha-World Herald reported Omaha police officers shocked him with a Taser a dozen times and punched him as many as 15 times.

Bearheels was killed by police following an incident on June 5. Bearheels, 29, had allegedly been causing a disturbance at the 60th and Center Bucky’s around 12:30 a.m.

Police handcuffed him and put him into the back of a police car.

WOWT reported on the alleged details of the incident:

Officers eventually managed to obtain Bearheels Identification and learned that he was reported missing in his home state, officers also contacted Bearheels’ mother who attempted to speak with him.

Bearheels’ mother requested that her son be placed in a crisis center until she could travel to Omaha and pick him up.

Police concluded there was insufficient cause to detain Bearheels so they decided to attempt to take him to a bus station, his mother agreed.

When an officer opened the cruiser door to put a safety belt on Bearheels he immediately exited the vehicle and began to walk away from the three officers currently on the scene.

The officers attempted to get control of Bearheels and get him into the cruiser but were unable instead pinning him up against a nearby water bottle display.

At that time the officers requested back up but due to a pursuit the request was lost in radio traffic. Officers then instructed Bearheels to cooperate and get back into the car. At this time a fourth officer appeared on scene.

Bearheels continued to be uncooperative, one officer held him down while another warned Bearheels that he would be tased if he continued to struggle.

The officers each grabbed a limb and attempted to carry Bearheels to the cruiser but he broke free and landed on his feet while still handcuffed.

At this point one of the officers deployed his taser after warning Bearheels striking him in the leg and stomach.

The taser was not totally effective so one officer grabbed Bearheels by his hair and dragged him to the ground toward the cruiser.

The officer continued to activate the taser the prongs of which were still in Bearheels.

Bearheels was then on the ground and offering no resistance while the officer activated the taser three more times. Which is a violation of OPD policy according to Schmaderer.

Eventually Bearheels got one hand out of the handcuffs and kicked and swung at an officer. The officer then top mounted Bearheels and delivered multiple punches to Bearheels head. During this Bearheels was tased again.

Due to taser deployment a rescue crew and police command were called to the location.

Omaha fire and rescue arrived and placed Bearheels on a gurney and informed OPD that Bearheels was not breathing and did not have a pulse.
Bearheels was transported to the hospital by Omaha Fire Medics with CPR in progress. He was pronounced dead on arrival.

The police tased Bearheels 12 times, a violation of OPD policy which states that after 3 times alternative methods are to be used.

This police brutality was uncalled for.  There are alternative methods that could have been used that would not have killed the man.  Do you think these officers should go to jail for killing him?  Let us know in the comments below!