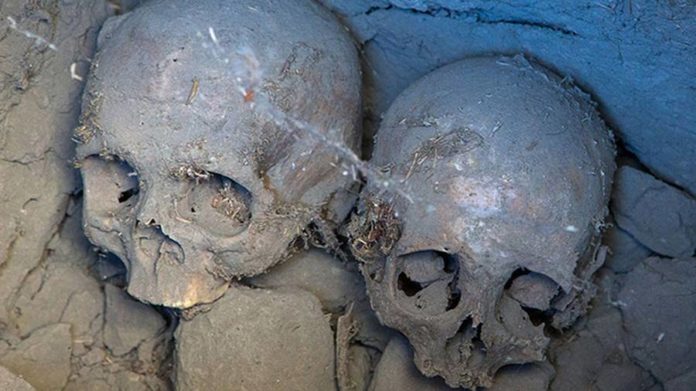 A new study is causing quite a stir among historians, scientists, and open minded religious types.

According to a study conducted by Omer Gokcumen, an assistant professor of biological sciences at the University of Buffalo, ancient humans had intercourse with a “ghost species” of “proto human”, reported The NZ Herald.

This study gives credence to the biblical verses Genesis 6:2-4 “the sons of the Elohim saw the daughters of Adam were beautiful, and they took to them wives whomsoever they chose…..The Nephilim were on the earth in those days–and also afterward–when the sons of the Elohim went to the daughters of humans and had children by them. They were the heroes of old, men of renown.”

Gokcumen explains that humans are only one member of a broader species named “hominins”, and the research found that humans had sex with other members of the hominins group.

Gokcumen found “wildly different” genes in DNA of humans living in Sub-Saharan Africa. He believes these genes can be traced back to about 150,000 years ago when ancient humans were breeding with this mysterious “ghost species”.

This other species is referred to by the scientific community as a “ghost species” as there are no known fossils that can be analysed.

“It seems that interbreeding between different early hominin species is not the exception – it’s the norm,” Gokcumen said, quoted by the Sun.

“Based on our analysis, the most plausible explanation for this extreme variation is archaic introgression – the introduction of genetic material from a ‘ghost’ species of ancient hominins.”

This study definitely brings up some interesting questions about the history and evolution of mankind, especially-where did this species, which was genetically compatible with humans, come from?

Just in Time for Trump, Jury Says Defense of Planet Is No Crime –...