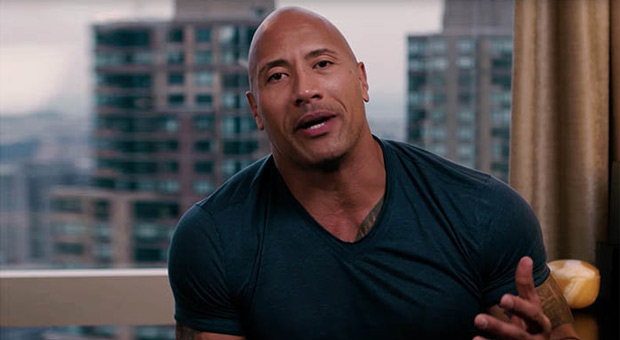 Pro wrestler-turned-movie star Dwayne ‘The Rock’ Johnson has lifted the lid on Elite Hollywood pedophile rings during a shocking performance on live TV.

Johnson’s performance, on the show that also included Katy Perry making subtle references to Satanic symbolism and a sketch that included the statement “hail Satan”, has caused massive outrage from viewers.

The same episode also included a segment that made reference to Hillary Clinton being connected to a Washington D.C. pedophile ring and included jokes about “pizza”.

During a scene on Saturday Night Live, Johnson played the role of a mad scientist who proclaimed to have come up with an invention that would help pedophiles abuse children “more efficiently”.

He then goes on to say that his “child molesting robot” can “molest twice as many children as a human child molester”.

Aside from a spattering of shocked laughter, the stunned audience watched on as The Rock explains that he turned his robot into a pedophile by sexually abuse it himself until it became a “child molester” itself following the abuse it has suffered.

He then goes on to explain to the other “mad scientists” in the scene that he wanted to create the “most evil invention in the world” by inventing a robot that sexual abuses children.

The show faced a huge backlash, mainly due to the lack of clarity on Johnson’s motives behind the sketch.

The majority of viewers were left in shock by the performance, branding it as a “sick joke” that made light of a very serious issue.

The show was slammed on Twitter by angry viewers who used social media to vent their disgust following the shows airing.

A child molesting robot. Who the hell even thinks this is funny? Who the hell wrote this? This is disgusting! #SNL #SNLFinale #THEROCKAnother furious viewer took to Twitter saying:

Really, SNL? How on earth did that pedophile robot sketch make it to air? Just gross and pointless. Disappointed in the Rock for doing it.

Although many viewers were “disgusted” by the nature of the pedophile sketch, many believe Johnson may have been attempting to shine a light on Elite Hollywood pedophilia.

Those who have come forward to expose the “rampant” problem of pedophile rings in Tinsel Town have stopped short of naming names due to fear of repercussions.

Corey Feldman has perhaps been the most outspoken, claiming that child abusing “older males” are everywhere in Hollywood, saying that he and best friend Corey Haim were sexually abused by major movie “moguls”.

Was Dwayne Johnson also attempting to expose the problem of pedophilia amongst America’s Elite?

Some experts take a different view and believe Johnson’s performance, and the entire content of the show was designed to “normalize pedophilia”.Judith Reisman, the principal expert investigator for a U.S. Justice Department study on child sex abuse, warns that the episode of SNL used the same strategy the pedophilia advocates use to convince the nation’s public that sexual activity between adults and children of almost any age is “normal”.

Dr. Reisman recently attended a symposium held by the “minor-attracted people” advocacy group B4U-ACT to disseminate “accurate information” on the position that pedophilia is just one more alternative sexual orientation.Reisman said the U.S. is following quickly on the heels of the United Kingdom, where in 2009 a court case determined a convicted pedophile’s rights were violated when police told his employer about a 20-year-old conviction for molesting a toddler.

Further, a campaign that was backed by British Prime Minister Theresa May was launched in the U.K. to allow convicted pedophiles to adopt children since depriving them of that privilege could “breach their human rights.”

“There is no reason why all sex offenders should not be considered as potentially suitable to adopt or foster children or work with them,” said an advocate.