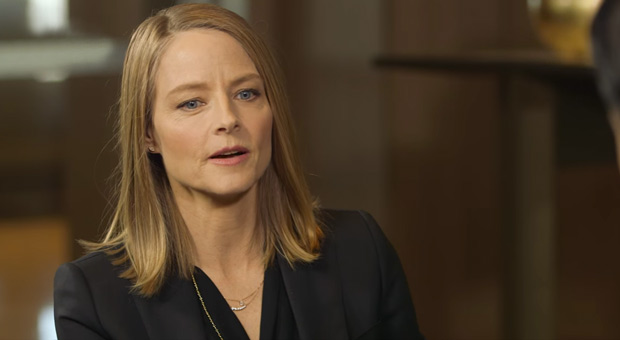 Actor Jodie Foster has revealed an incident that happened to her when she was just a child where a sleazy Hollywood Elite attempted to lure her into a rape. The two-time Oscar winning former child star revealed during an interview that a top producer tricked her into a pedophile trap by faking a movie role opportunity when he knew her parents were away.

Hollywood’s reputation with child stars has been far from squeaky-clean recently, especially in light of ’80s child star Corey Feldman’s claims that he and late co-star Corey Haim were sexually abused by a pedophile ring.

With recent revelations from Brad Pitt, Katy Perry and Elija Wood on the depths of pedophilia in show business and politics, the world’s child abusing elite are finally running out of places to hide.

The Fix reports: Jodie Foster has shared a disturbing story about her own experience as a 14-year-old in Hollywood, in an interview with SBS’ The Feed last night.

The 53-year-old revealed that a male producer called her while she was at a friend’s sleepover and “pretended” that she’d missed a meeting, knowing that her mother was out of town.”

He had me come to the appointment and was talking to me, and asked me to take my jacket off and turn around so he could see my body,” Jodie recalled.”You know, I was 14 and kinda chubby with pimples and whatever.

But yeah…my agent went to his office and punched him in the face.”Luckily, she was able to escape before things turned much worse, but unfortunately, a lot of other children aren’t so lucky.

Former child star Corey Haim was raped multiple times by “major Hollywood moguls” along with his best friend Corey Feldman. Feldman has since attributed his friends abuse to his problems in later life with drink and drugs that eventually led to his premature death.

Jodie also opened about the pressures of being her family’s meal ticket from a young age, after acting in her first ad when she was three and scoring her first Oscar nomination for Taxi Driver at just 14.

“There’s a lot of pressure that comes with being the breadwinner,” she told host Marc Fennell. “I was the only source of income in our entire family.”

Paris Exit Was ‘Victory Paid And Carried Out’ By Republican Party For The Koch...

Bild Admits to Fake Article on Sexual Assaults in Frankfurt by Arab Immigrants –...