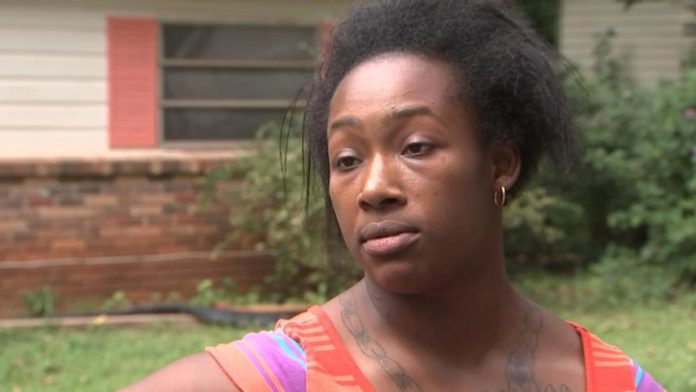 A Cobb County, Georgia mother took control of the situation when an intruder invaded her house and threatened her kids.

Homicide detectives are investigating the deadly home invasion that took place last week. A 911 call came in around 2:30 a.m. Thursday, with a woman reporting that someone had broken into her house and that she had shot and killed the intruder, reported WSB-TV.

Shaquita Green didn’t know the man who invaded her house in the middle of the night, but she was not going to let an armed man threatened to kill her 3 children.

Green said the man, whom authorities later identified as 27-year-old Keandre Funches, kept asking for her husband, William Green, who wasn’t home at the time.

Green was able to reach for her gun, and “That’s when I stepped in front of them and said, ‘You don’t have to do all of that,’” Green said.

When police arrived, Funches was already dead. Green and her husband, who arrived just minutes after the shooting, were taken to the police department for questioning while other family members took the 3 children.

“The small children are now in the care of other family members, and as just normal protocol, the female is now at the police department being interviewed by our detectives,” Marietta police public information officer Chuck McPhilamy said.

In addition, police arrested a second man, Javarian Mitchell, whom authorities say brought Funches to the Green home. Police said the two suspects came to the home to meet another person who lived there.

Mitchell was taken into custody and charged with aggravated assault with a firearm, false imprisonment, cruelty to children and felony murder.

Shaquita Green was not happy that Marietta investigators questioned her for about 12 hours.

“We both work full time. We’re parents,” Green said of herself and her husband. “So for them to tear up my house and keep my firearm and I’m the victim, I don’t appreciate that. I thank God it played out the way it did. I hate that someone had to lose their life, but he shouldn’t have come and brought his ass in my house, excuse my language.”