Home News Mother Seeking Justice For Son Who Was Handcuffed, Dragged After Being Shot... 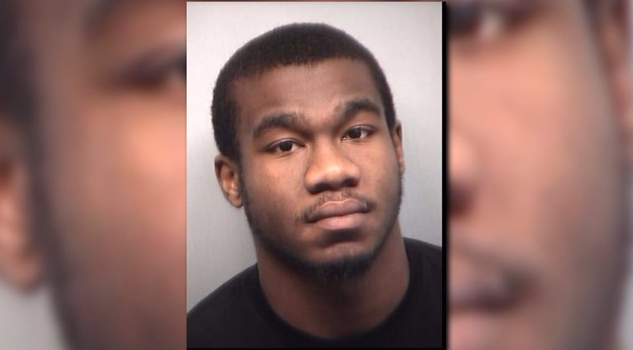 Jamarion Robinson’s mother, Monteria Robinson, is seeking justice for the horrific murder of her son. If you haven’t heard about his death, it could be considered the epitome of excessive. August 5, 2017, marks the one-year anniversary of Jamarion’s gruesome death. Last year on this day, Jamarion was shot a total of 76 times. Then to make matters worse, he wasn’t killed as a result of his own wrongdoing. Unfortunately, he was murdered by members of law enforcement – U.S. Marshals. Then, to make matters worse, the U.S. Marshals shot and killed the wrong man. Although the case is currently under investigation, his mother cannot understand why more progress has not been made. Now, she wants real answers.

According to Rolling Out, Jamarion’s death is currently being investigated by both the Georgia Bureau of Investigation (GBI) and the Fulton County District Attorney’s Office. Although the district attorney’s office has demanded statements from the officers who were involved, none of them have complied with the request. To most people, the slow-moving investigation seems like a lack of regard for Jamarion’s death. In many cases, the slow progress seems like a chilling foreboding of yet another unnecessary murder where justice will not be served despite the heinous way Jamarion died.

Back in 2016, Monteria Robinson and community activist Nicole Borden visited the apartment where the shooting took place shortly after the Georgia Bureau of Investigation processed the murder scene. The chilling recount of the shooting is enough to make the hairs on your neck stand. “His head, hands shot off, arms, entire upper and lower torso area, down his thighs, his shins, his feet,” Monteria recalled.

At the time of the shooting, U.S. Marshalls were aware of the fact that Jamarion had been diagnosed with paranoid schizophrenia but failed to arrive with a mental health professional. They also claim he had a gun, but Borden questions whether or not the allegations are true. Since Jamarion was shot six times in the palm of his hand, Borden is wondering how he would have managed to hold gun at all. “As you’re going up the stairs the numbers keep getting larger—15, 20… and you start to think like, when are you going to stop counting? I mean, No. 68. Can you imagine going to a crime scene and you see No. 68 bullet,” Borden asked as she counted the police-marked bullet holes in the apartment’s walls.

Monteria Robinson admitted her son had a wrap sheet that consisted of charges related to a series of traffic violations, misdemeanors, and possession of a controlled substance. But she still wants to know why they didn’t take the time to arrest him without such excessive force. “These officers, they are not the judge, jury and the executioners. If my son was a suspect in a case, why didn’t they arrest him the right way?”

Even after being shot 76 times, U.S. Marshalls reportedly took things a step further and handcuffed Jamarion’s lifeless body as if he had the ability to harm anyone at that point. Then, his body was dragged down flights of stairs while handcuffed. His mother wants to know why. “His arms are mangled. He had six bullets in the palm of his right hand. In his palm. In his left hand, he had five bullets so you tell me how someone could be holding a gun,” she pleaded. “His arms are blown to pieces. Why? “I want to know why. Why was his body riddled with bullets? Why?”

Although we all know how slow the justice system can be, Monteria Robinson has vowed to continue to honor her slain son by fighting for justice. She’s made it clear will be his voice. “I have to be his voice because my son is not here to tell his story,” she said. “I can’t rest until my son’s story is told. I want the world to know what happened to my son.” A GoFundMe account has been established in Jamarion’s honor.

Mayor Faces Life In Prison After Pleading Guilty To Rape Of 4-Yr-Old Child –...