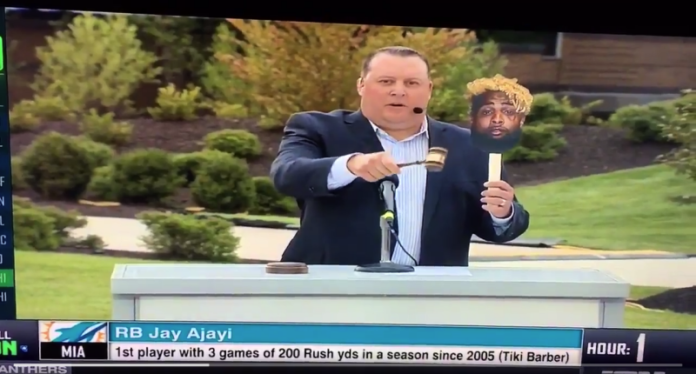 During the segment, ESPN had an auctioneer putting mostly-black football players up for bid. The auctioneer then had people in the mostly-white crowd bidding on them.

You can view the video, and see examples of the fierce criticism on Twitter below:

ESPN sold Odell on an auction block to a crowd of White people. In 2017.

“Auction drafts are a common part of fantasy football, and ESPN’s segments replicated an auction draft with a diverse slate of top professional football players. Without that context, we understand the optics could be portrayed as offensive, and we apologize”