Home News Monsanto is Scrambling to Bury This Breaking Story – Don’t Let This... 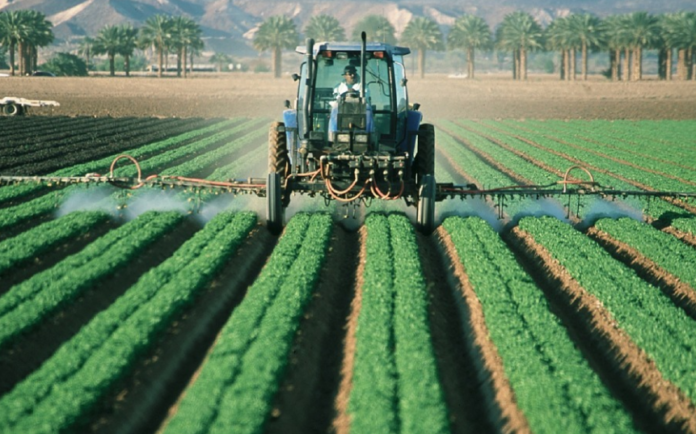 Monsanto will literally do anything to stop this story getting out… and to be perfectly honest, their efforts seem to be working. Not even one mainstream media publisher has covered this shocking new report which shows how millions of people are being poisoned by a chemical that certainly doesn’t belong in our food.

This chemical is appearing in processed foods like Cheerios, Ritz Crackers, and Oreos and being consumed by humans all around the world. The health of millions of people is on the line and this news must go mainstream, as of right now.

An FDA-registered food safety laboratory tested many iconic American foods for residues of the weed killer, known as glyphosate (aka Monsanto’s Roundup) and shockingly large amounts.

Independent research has shown that probable harm to human health begins at really low levels of exposure – and that works out at around 0.1 ppb (parts per billion) of glyphosate. Many of the foods that were tested were found to have over 1,000 times this amount! Well above what food regulators throughout the world consider to be “safe”.

This is why we all should be worried about consuming glyphosate:

Independent research has linked glyphosate to cancer and it has been deemed a probable human carcinogen by the World Health Organization’s team of international cancer experts.

Further research has also indicated that glyphosate is an endocrine disruptor, which is known to disrupt certain hormones and can lead to reproductive problems, as well as obesity, diabetes, and some forms of cancer.

Glyphosate is a broad-spectrum antibiotic, which kills the good bacteria in your gut. Poor gut health is linked to inflammation and a whole host of diseases. As GMO’s which are laced with glyphosate are commonly fed to farm animals, this could well be contributing to antibiotic-resistant bacteria.

It binds with vital nutrients in the soil (like iron, calcium, magnesium and zinc) and inhibits their uptake by plants. This chemical has gone so mainstream that glyphosate has infiltrated almost every facet of our environment, including our water, soil and air.

Glyphosate is not just used on GMOs. Conventional (non-organic farmers) use Roundup as a drying agent on crops, such as oats and wheat. It can’t be simply washed off, as it is taken up into the plant itself.

Glyphosate is the active ingredient in the world renowned “Roundup” herbicide, and therefore millions of people are using this chemical around their homes, unaware of the potential effects it is having on their health.

Furthermore, the FDA quietly found it in almost every single sample of honey that they tested (from mass produced to organic mountain honey).

There are still thousands of other brands and whole foods that have not been tested for glyphosate residues, so we can’t be so sure that our own organic, non-GMO, and unprocessed food is safe. Americans are effectively being forced to eat this poison until something is done to stop the rampant use of this chemical.

While there are now several manufacturers of glyphosate herbicides, Monsanto completely dominates the market and this is a best seller. They are raking in BILLIONS every year and certainly don’t want that to stop. They are without a doubt using their prosperity to influence our government regulators. This is corruption at its finest. The EPA has a long and sordid history of doing whatever Monsanto wants and you have to ask yourself why this continues to happen and how we can make it stop.

When it comes to the FDA, they are clearly not protecting the American public from glyphosate either. In February this year, they announced that they would FINALLY start testing foods for glyphosate residues. Yet funnily enough, they recently decided to suspend their testing, which only happened this week. Could it be that Monsanto didn’t like the results they started getting – especially since the FDA found glyphosate in foods that should be especially safe, like baby food, for example? Monsanto will do whatever it can to keep this information from the public.

Remember, the best way to avoid glyphosate is by choosing certified organic foods, as it is prohibited fore use on organic crops. Although contamination is a real threat, the contamination levels in organic foods are minimal compared to the amounts found in conventional foods. It has been shown that people who eat organic foods have less glyphosate and other synthetic pesticides in their system.

So go ahead and get this information shared and made available to your fellow brothers and sisters of this world, who would be otherwise unaware of this global scale of corruption. It is important that we make a stand now and do our very best to stop this mass poisoning of ourselves and our planet.

From: Live The Organic Dream