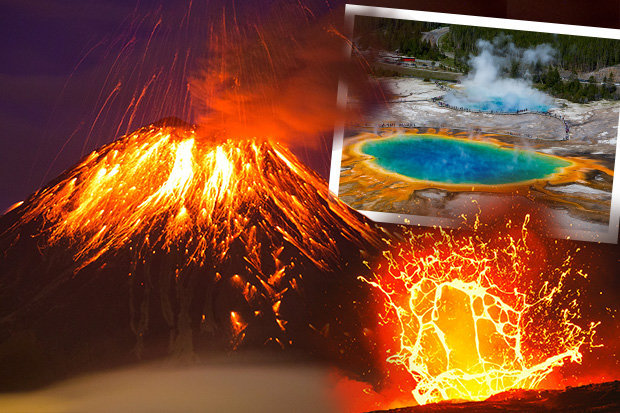 Brian Wilcox, an ex-member of the NASA Advisory Council on Planetary Defense, revealed a disturbing fact while discussing a report by the space agency.

He said that NASA’s “risky” proposals to prevent an eruption could go wrong and could even cause an eruption, reported The Sun.

One of the methods would be to drill into the bottom of the United States volcano and to use a pressurized spurt of water to release heat from the magma chamber.

But Wilcox admitted this may not be successful.

“If you drill into the top of the magma chamber and try and cool it from there, this would be very risky,” he said.

“This could make the cap over the magma chamber more brittle and prone to fracture. And you might trigger the release of harmful volatile gases in the magma at the top of the chamber which would otherwise not be released.”

But Wilcox also warned that something must be done about Yellowstone.

He told the BBC: “I was a member of the NASA Advisory Council on Planetary Defence which studied ways for NASA to defend the planet from asteroids and comets. I came to the conclusion during that study that the supervolcano threat is substantially greater than the asteroid or comet threat.”

There has been major concern recently due to a massive amount of earthquakes int he national park. There were over 1500 between June, 12 to August, 02.

Earth has 20 known supervolcanoes, which would trigger major planet-changing effects if they erupted.

Major eruptions are incredibly rare, with the last one approximately 26,500 years ago in New Zealand.

But if a similar event occurred today, it would cause a nuclear winter with humans wiped out in just a few months from starvation.

Mr Wilcox said Yellowstone is so urgent because an eruption is basically imminent, explaining: “Yellowstone explodes roughly every 600,000 years, and it is about 600,000 years since it last exploded, which should cause us to sit up and take notice.”

White NYPD Cops Taunt Black Students With Baton and Taser: ‘Do you want to ride...

UK Reclassifies CBD Oil as Medicine Just as America Puts It in Class With...