Home News Will ‘Blackout’ Movement Shut Down The NFL? 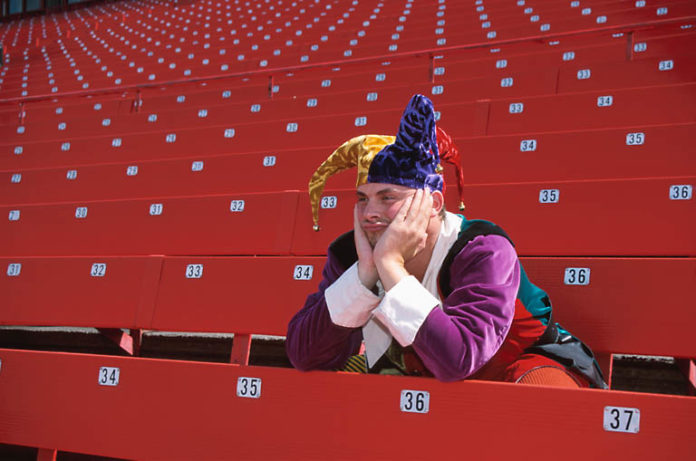 The #BLACKOUTNFL movement is gaining momentum with their efforts to bring attention to the racism and other problems Colin Kaepernick pointed out last year in his famous national anthem protests.

A video has been circulating on Facebook with various black men – shades, ages, professions, geographical locations – covering their favorite NFL jerseys with a black T-shirt.

#Black0utNFL is part of a burgeoning and increasingly surging stand against the National Football League, whose owners have decided to make an example of former quarterback Colin Kaepernick, who decided to stand for black lives so callously cut down with regularity and impunity, reported The Root.

Pastor Debliare Snell, of the First SDA Church in Huntsville, Alabama, spoke about why he is behind the #BlackOut movement in the video.

“In 2016, NFL quarterback Colin Kaepernick engaged in a silent nonviolent protest,” said Snell. “He did this to raise awareness to the number of brown and black individuals that had been beaten or killed at the hands of law enforcement across this country. Since the end of last season, as a result of this protest, Colin Kaepernick has been unable to find employment in the NFL. I find that strange seeing that the NFL has employed individuals that have been convicted of sexual assault, domestic violence, cruelty to animals, along with driving while under the influence.”

Snell goes on to say that he finds it “interesting” that certain NFL owners have come out on the record saying they are not hiring Kaepernick because they feel a “backlash” from a certain segment of their fan base but have no fear of African Americans, which Snell says make up 15 % of NFL viewers. HuffPost reported last year that 70% of NFL players are black.

“My belief is simply this—if Colin Kaepernick was willing to take a stand for those of us who are noncelebrities who have to interact with law enforcement on a day to day basis …certainly we can take a stand and stand with him.”

1. Boycott the NFL (no games, no fantasy football, no jerseys, no nothing).

2. Commit to one-two hours during the NFL season to using the time you would have watching games to mentor young black boys and girls.

3. Spread the word to others.

On Aug. 23, Spike Lee and others are planning to march on the NFL headquarters in New York City to protest against what many say is a hypocritical and racist NFL. Additionally, some players have begun sitting out the National Anthem during NFL preseason games.

These simple steps actually make a lot of sense. Why not ditch football and instead spend some of that time teaching your kids? Why not start the day with a prayer?  If you agree, then please share this with others.