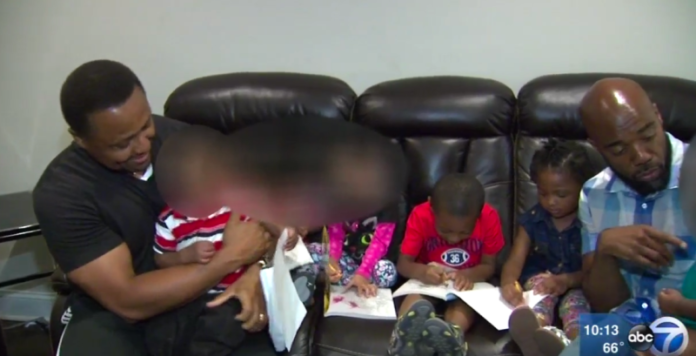 We regularly see cops assaulting and shooting unarmed people, but here are a couple cops that decided to do what they could to help a family in desperate need.

Two Chicago police officers answered the call to help and a homeless woman and her 4 children, locating her family and providing them with needed goods, reported ABC7Chicago.

Officers Matthew Jackson and Howard Ray were working in the 11th District police station Friday when a homeless woman with two young sets of twins came in. The family, from South Dakota, had been homeless for 2 days before seeking help at the station.

“I walk into the station and I saw a single parent crying, a single mother crying with her four children,” Jackson said.

Police were not able to find a shelter that was willing to take the family. The woman had lost contact with her family, but the officers were able to track down her mother.

“I knew she had four children, I didn’t know I was going to have four children!” Patricia Tillman, the grandmother, said.

Officers Jackson and Ray collected food, clothing and other supplies for Tillman because she had nothing necessary to take care of 4 young children.

“I’m so grateful that they helped me, showed their love and caring,” Tillman said.

The officers asked local churches, community organizations and neighbors  to help also. Donations are being accepted at the 11th District Police Station in the city’s East Garfield Park neighborhood.

[Watch] New Michael Brown Footage Shows How Easy It Is for Cops to Paint...