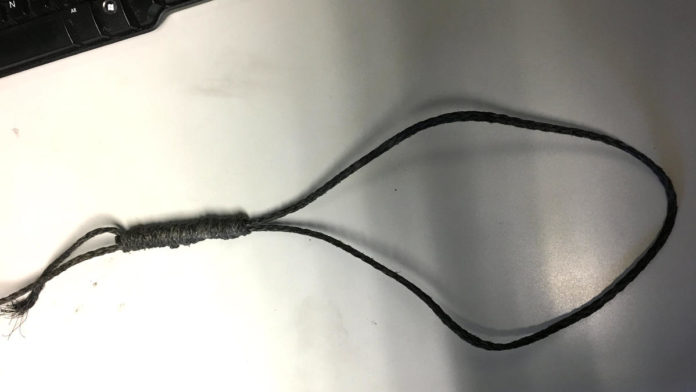 Alameda, California has experienced a series of hate crimes over the last few of months. This time, another hate crime investigation has begun because a noose was found at Alameda High School on Tuesday afternoon.

The school district stated it may not have been a student that left the noose because the fence is also on public property where anyone can go. However, the police said it was made from rope used at the school.

According to KTVU, police officials said the noose was made from the rope used to hold together the privacy curtains used at the school.

Alameda police request that anyone with information about any of the hate crimes happening in the area call the authorities.

Louisiana Attorney General Jeff Landry: “We Will Get Prayer Back in Schools”