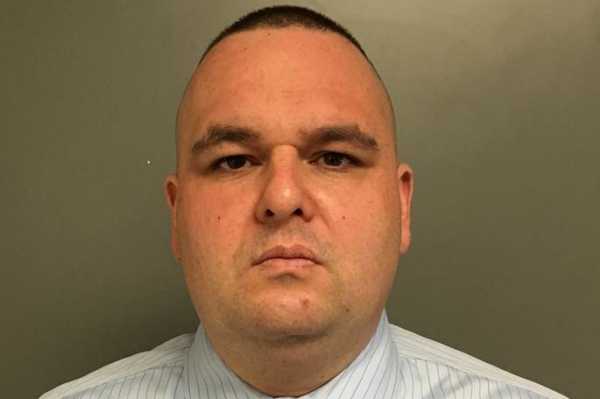 A former Pennsylvania state trooper is heading to jail for what he called a “gun-cleaning accident”, where he shot his pregnant wife in the head, killing her and their soon to be born daughter.

Joseph Paul Miller pleaded guilty to two counts of involuntary manslaughter, causing the March 2014 deaths of his wife, JoAnna Miller, and the baby she was carrying. The baby girl was delivered after the shooting, but died soon after, reported NBC Philadelphia.

JoAnna Miller, who was 34, had been 24 weeks pregnant when she was shot in the head in their family room. She delivered the baby, named Gillian, through an emergency C-section. Mother and daughter died soon after.

Miller’s initial story stated his wife was about 10 feet away when the gun accidentally went off, but he later changed it to about 2 feet away, but an investigation told a 3rd story.

Prosecutors said ballistics and forensics tests showed the gun was only 3 to 6 inches from his wife’s head when it fired.

Miller,36, faces 5 to 10 years in prison from the suspicious deaths.

He resigned from the state police and maintains custody of the couple’s other children, said his attorney, Tim Woodward.

“He’s devastated, and not a day goes by that he doesn’t miss his wife,” Woodward said in a phone interview. “This is an unspeakable tragedy, the consequences of which will remain with Joe the rest of his life.”

Joseph Miller was allegedly taking apart a gun to clean it when it discharged. In a 911 call he said: “I, ah, was cleaning. I was about to clean my gun, and I didn’t realize there was a round … I shot my wife.”

Miller remains out on bail while he waits to be sentenced in Montgomery County.

A Veteran Asks, ‘What’s Worse, a Kneeling Millionaire or 300,000 Vets Neglected to Death?’

Missouri Trooper Plead Down to Misdemeanor in Drowning Death of Hand-cuffed Suspect in his...