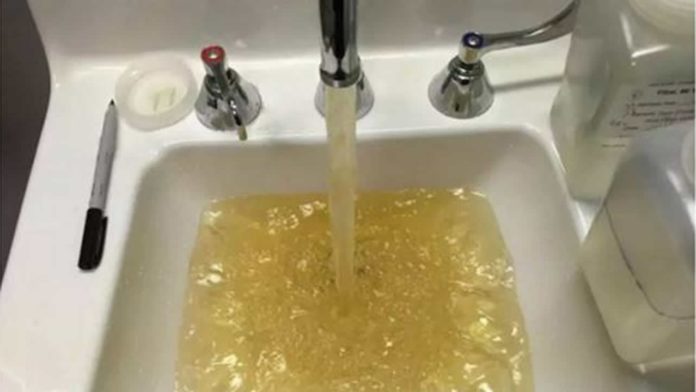 Women who were exposed to the toxic water in Flint, Michigan suffered from fertility issues that led to fewer pregnancies as well as a higher number of fetal deaths, according to a new study.

In the study, Flint’s birth and fetal death data were compared with that of 15 other larger Michigan cities, including Detroit. After April 2014, “Flint’s numbers fell off a cliff, and the rest of the cities stayed pretty much constant,” Slusky noted.

“We weren’t particularly surprised by this, but we didn’t expect it be as clean and clear as it was,” he added.

The researchers—whose work appears in a paper distributed as part of the Kansas University Economics Department’s Working Papers Series in Theoretical and Applied Economics—examined vital statistics data for Flint and the entirety of Michigan from 2008 to 2015 in order to source their data.

April 2014 is when the city of Flint switched its water supply to the Flint River. As a result, toxic lead started to taint the water of unsuspecting residents, many of whom became ill.

The water crisis was only acknowledged by Michigan Gov. Rick Snyder and state health and environmental officials in September 2015. Several state and local officials have since been criminally indicted in the fallout for the gross negligence and willful disregard.

Lead damages the nervous system, especially in the still-developing, vulnerable fetus and children. Exposure can cause miscarriages and stillbirths. Men and women can also be left infertile as a result of exposure.

Detroit Free Press notes, “There is no safe level of lead in the body, but the impacts of lead are considered most severe on the developing brains and nervous systems of children and fetuses. It can lead to lower intelligence, behavioral problems and diminished life achievement, according to researchers. And the damage is irreversible; it cannot be undone.”

Those babies who were born in Flint weighed nearly 150 grams less than children born in other areas, were born a half-week earlier and gained 5 grams per week less than babies in other areas who were examined over the same time period, the Free Press reported.

The researchers’ paper has yet to be peer-reviewed by other scientists, Slusky acknowledged. Still, he is hopeful that the findings will help lawmakers in the future.

“Flint was a government failure—enough people have been indicted that there’s a reasonable consensus around that,” he said. “We know monitoring the water, and putting the right types of anti-corrosives in it, is not free, is not cheap. Now I’ve told you what the cost of not doing something is, and what the benefit is. That’s the hope of this kind of research; quantify the benefit.”

Tonight You Should Be at the Nearest Federal Courthouse Denouncing Trump’s Supreme Court Nominee...

Cops Taunt Mom as She Tries to Stop them From Brutalizing Her 12-Year-Old Boy...