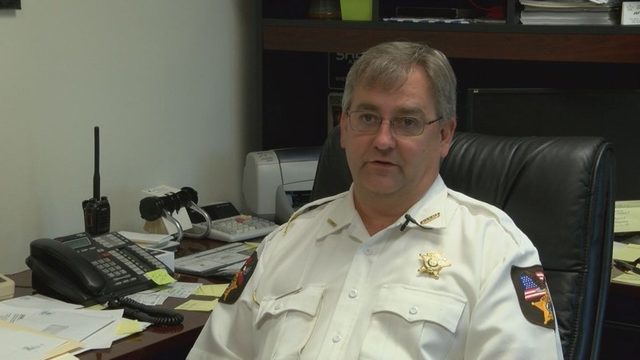 A Georgia grand jury indicted Worth County Sheriff Jeff Hobby on Tuesday for sexual battery, false imprisonment and violation of oath of office after he ordered a school-wide search of hundreds of high school students.  Two of Hobby’s deputies were also indicted Tuesday in connection with the case which led to no drugs being found

Deputies allegedly touched girls vaginas and breasts and groped boys in their groin area during the search at the Worth County High School April 14, according to Rare.

The body searches of students were allegedly a drug search, but the whole fiasco produced no drugs or arrests.

The Worth County indictment accuses Hobby of one count of violating his oath of office and two counts of false imprisonment — all felonies charges. He was also indicted on a misdemeanor count of sexual battery.

Hobby’s attorney Norman Crowe Jr. said the sheriff was at the school but did not search students. He said jurors at trial will get to hear the sheriff’s side of the story.

The Sheriff claims he is not guilty, even though there are hundreds of witnesses that say otherwise.

“The sheriff’s position is that he’s not guilty,” Crowe said. “He’s committed no crime.”

District Attorney Paul Bowden  said he is preparing a letter to Gov. Nathan Deal to outline the charges against the sheriff. Deal has authority to suspend the sheriff as he did recently with DeKalb Sheriff Jeff Mann and Walton County Sheriff Joe Chapman.
WALB.com, South Georgia News, Weather, Sports

6 States Introduce Bills To Protect Drivers Who Run Over Protesters

To Save Money, Oklahoma Republican Suggests Handing 82000 Kids Over To ICE – Anti...

Biologists Warn Half of All Species to Face Extinction by 2100 – Anti Media...