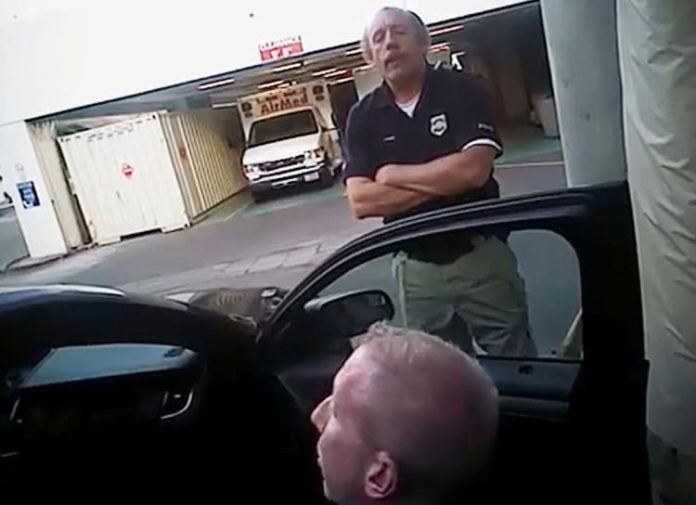 The Utah police officer caught on video arresting and being violent towards a nurse because she refused to break the law to allow a blood draw, was fired Tuesday.

Salt Lake City Police Chief Mike Brown made the decision to fire Detective Jeff Payne after an internal investigation found he violated department policies when he arrested nurse Alex Wubbels and dragged her screaming from the hospital, department spokesman Sgt. Brandon Shearer said, according to ABC7.

Brown said in a disciplinary letter that he was “deeply troubled” by Payne’s conduct, which he described as “inappropriate, unreasonable, unwarranted, discourteous, disrespectful” and said brought “significant disrepute” on the department.

“You demonstrated extremely poor professional judgment (especially for an officer with 27 years of experience), which calls into question your ability to effectively serve the public and the department,” Brown wrote.

Tracy made an impulsive decision in ordering Payne to arrest Wubbels without first taking time to understand the facts of the situation and the law, Brown wrote in his disciplinary letter.

Brown said that the order to arrest her unnecessarily escalated the situation.

“Your lack of judgment and leadership in this matter is unacceptable, and as a result, I no longer believe that you can retain a leadership position in the department,” Brown said.

The letter said Wubbels told investigators that Tracy minimized her concerns, intimidated and lectured her, and tried to make her feel responsible for his illegal actions.

Amazon Echo Turns Off When Owner Asks if Connected to the CIA – Anti...

In The Land Of The Free, Sustainable Living Is Becoming A Crime – Anti...