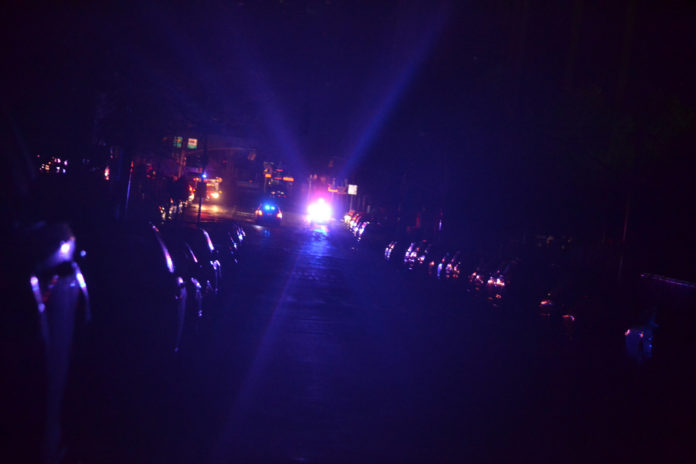 In a twisted sense of logic, a Kingstree, S.C. officer explains that he tased an unarmed black man out of fear that he would hurt himself, and potentially others. The victim, 86-year-old Albert Chatfield suffers from dementia, and is described by his family as not even being able to “harm a fly”.

So why is it then, that a white officer used potentially deadly force upon an elderly black man?

Apparently, it was so Chatfield wouldn’t “get hit by a car”, say authorities. Wouldnt being tased at his age and in his deteriorating state cause more harm than good?  Where there no other alternatives to bring Mr. Chatfield to safety?

As Breanna Edwards writes for The Root:

The man, Albert Chatfield, was still hospitalized and in intensive care as of Friday, four days after his horrific encounter with police in the small town of Kingstree, S.C.

Chatfield’s family and their attorney are now demanding answers, particularly surrounding the officer’s use of force—which they call unconstitutional and unnecessary—in his attempts to get Chatfield to safety.

“He wouldn’t hurt anybody,” Chatfield’s daughter, Jodi Mack, who lives in North Carolina, told the news site. “He would only make you hurt laughing.”

Chatfield’s injuries from the encounter were extensive, according to the report. Family attorney Justin Bamberg said that the 86-year-old suffered bleeding on his brain as well as a broken nose. He was placed in a medically induced coma earlier this week, but when he awoke, he was unable to speak. He only mumbled and cried, according to the Post and Courier.

The Kingstree Police Department said that Chatfield wouldn’t be charged in the incident (why would he be?!) because of his medical condition. An incident report lists as a potential crime “acting disorderly,” the report notes.

The officer, who has since been identified as Stephen Sweikata, has only been on the Kingstree force since April, although he worked for two years previously at the Charleston County, S.C., Sheriff’s Office, according to the report.

“If you cannot restrain an 86-year-old, you need to eat some spinach,” Bamberg said of the police and his client. “It’s unconstitutional to tase someone just because they’re not listening. Plus, he’s 86.”

Chatfield is a fixture in his community, but in recent years he has been put through the wringer. His health started to decline. He lost his wife. He battled with lung cancer. And then dementia started showing its ugly face.

On Sunday night, he became confused and called his loved ones, saying that he feared for his safety, the Post and Courier reports. The authorities got involved but assured Mack that her father would be OK until the following day, when she’d be able to travel into town.

That, unfortunately, proved not to be true.

Around 7:45 a.m. Monday, dispatchers got a call from someone who reported a Ford SUV tailgating another vehicle and “not allowing” the vehicle to turn.

Sweikata was patrolling the area and reported seeing a Ford Expedition do a U-turn, as if to escape his police car. When Sweikata turned on his cruiser’s blue lights, he said the Ford pulled a 360-degree turn.

The SUV soon ran a red light but stopped at Main and Brooks streets, where Chatfield got out.

Sweikata and Lt. Carl Scott, who is black, told him to get on the ground.

According to the report, Chatfield did not listen to those orders.

“Chatfield ignored all these orders and took up a fighting stance against myself,” Sweikata detailed in an report. “Chatfield then started jogging/walking backwards in the lanes of traffic.

That was when Sweikata, according to his report, decided to deploy his Taser, “because traffic was still moving … and I was afraid that Mr. Chatfield would be struck by a vehicle, had this continued.”

The probes from the weapon caught Chatfield in his chest and ribs, and he fell to the ground on his back. Officers then rolled him over and handcuffed him before escorting him away. However, nowhere in the report were any injuries described.

Chatfield was, however, eventually taken to the McLeod Regional Medical Center.

Mack was only told of her father’s condition via reports and not the authorities who harmed him. She was told he would be safe, but nothing could have been further from the truth.

Mack only learned about what happened to her father from an old friend who reported seeing the elderly man get shocked with the Taser, the report notes.

What are your thoughts on the matter? Do you think that the officer who unnecessarily tased Mr. Chatfield will be reprimanded in any way? What does it say about officer’s these days being able to properly enforce the law when more times than not, officers resort to violence when it is so unnecessary (especially in cases involving unarmed black men)?

Let us know what you think and leave a comment down below.

WATCH: Louisiana Sheriff Furious ‘Good’ Prisoners Are Being Released Because They ‘wash and change...