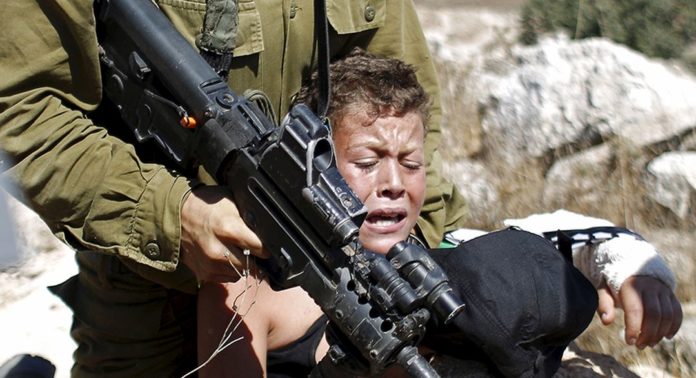 What does that say about the people who would shoot a three-year-old toddler in the head? This did not occur in the middle of an armed conflict mind you, though that would have been horrible enough. Instead, the child was shot during an Israeli military training exerciseconducted in the northern occupied West Bank city of Tubas.

According to the Palestinian Authority’s Ministry of Health, he was hit in the head with live bullets and was taken to the Rafidia Surgical hospital. They note that relatives of the child said that “he was shot during IDF training in the area” but his condition had since stabilized.

Palestinian families are ordered to leave their homes as Israeli troops goosestep around their community during their military’s live-firing exercises. Explosives are deployed, some of which do not detonate until later – killing and injuring children.

The Israeli army has only killed 15 Palestinian children in 2017, a good year for children seeing the Israeli military has killed over 2100 children since 2000 – an average of 123 per year. A toddler shot in the head could be an inauspicious start to the new year.

Women Are To Blame For Pedophile Priests – Anti Media News